The Complete Mother's Best Recordings ... Plus!


Modern audiences are very rarely granted a trip to 1951 in a way that seems new. That's what these recordings of Hank Williams, literally rescued from a dust bin at Nashville's WSM radio, offer. Over the course of 15 compact discs and a DVD – more than 18 hours worth – you hear and know Williams in a way that was previously unthinkable. Mother's Best sponsored a 15-minute radio show that featured the country star with his band the Drifting Cowboys at the peak of his career. It aired early morning, but since he and the band were often on the road, they recorded the shows on 16-inch acetates that were aired as if they were live in the radio studio. Surface noise is occasionally audible, but overall the sound here is exceptional. Williams comes across as a quick-witted charmer, opening up about his life in a most disarming manner. He sings unexpected selections like "Blue Eyes Crying in the Rain," "Cool Water," "Cherokee Boogie," and "On Top of Old Smoky," but predictably includes a solemnly rendered gospel number in each show. Besides the treasure trove of music, the packaging here is unusual and impressive. Housed in a replica table radio typical of the time which actually plays snippets of the contents, the set includes a 108-page book with a foreword by Hank Williams Jr. and an afterword by daughter Jett Williams, a 25,000-word essay by biographer Colin Escott, and unpublished photographs courtesy of Marty Stuart. The DVD offers Jett in an emotional interview with "Big Bill" Lister, who traveled with Williams and served as his opening act, plus Drifting Cowboys steel guitarist Don Helms and WSM engineer Glenn Snoddy. Sixty years on, this set increases Williams' recorded output by half and proves yet again why Hank still matters. 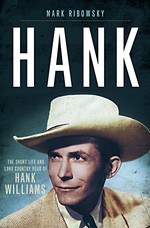