The nine lives of Harry Nilsson 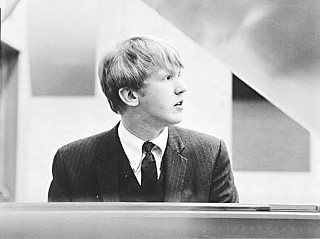 The armchair psychology of musicians, especially those we ascribe genius status to, used to hold more mythical weight. Nowadays there's a clinical sting to troubled talent – one star's addiction becomes a fan's obsession via the media. The idea of the tortured genius seems almost silly today, yet John Scheinfeld's documentary on the titular songwriter, Who Is Harry Nilsson (And Why Is Everybody Talkin' About Him)?, lends it the weight not of myth but rather humanity.

Nilsson, the vocal stylist behind "Everybody's Talkin'" and "Without You," is interesting more for his pathos than for bad habits. Those songs create muscle memory for some warm, nostalgic time in the not-so-distant pop past even though you might not know the singer. As an artist, Nilsson picked his battles and stuck with them. His voice, as an associate says in the film, he wielded like a "medical instrument – it could heal you."

Ask a fan about the singer, and you'll usually hear some variation of the same story: I heard one song and had to find everything he did. Nilsson Schmilsson from 1971 sums up the appeal: On the cover he's wearing a bathrobe and holding some sort of pipe, and the look on his face suggests a poor man's Hugh Hefner. Inside, however, the voice is rich and heavy, something otherworldly.

"I was doing a college radio show, and we could play whatever we wanted," Scheinfeld recalls of Oberlin College in the early 1970s. "I came across Pandemonium Shadow Show, and there's a track called 'You Can't Do That.' I thought, 'Oh some bad Beatles cover guy wove together the titles of a bunch of Beatles songs.' But wow. I really got into it.

"Flash forward: His attorney asked me if I'd be interested in doing a film, so I started researching him. The more I read, the more I realized I had a very complex subject, which is, of course, what you want."

It took Scheinfeld, who also made 2006's The U.S. vs. John Lennon, six years to finish Who Is Harry Nilsson?, and the newly released DVD does a fair job answering the who, why, and what. It opens with a shot of Nilsson in a hospital bed, sunglasses on, probably in the 1990s, which essentially introduces us to his life from his death, which came a couple of days before the 1994 Northridge, Calif., earthquake.

Before the bitter end, Nilsson's life is truly one of those L.A. stories with magic chapters: A 15-year-old dropout makes the epic pilgrimage from Brooklyn to California and eventually stumbles into a music studio. In audio recordings found by Scheinfeld, Nilsson recounts how, over the course of a couple weeks in the late 1960s, he received long-distance 5am calls from John Lennon and Paul McCartney praising his talents.

"So the next Monday," says Nilsson, "I get up, comb my hair at 5am, waiting for a call from Ringo. There was no call. But he ended up being the best man at my wedding."

"It was one of those things, a godsend," Scheinfeld says of the audio. "Anytime I start a film, I think, 'Do I need the voice-of-God narrator?' We had all these people, but we still had some holes. [Nilsson's widow] Una allowed me to come and rummage through the house. In one box I found reference to Harry's biography. In the last three years of his life, he had started to record his memories, and we found three to four hours of tape, him reflecting on his life.

"To have the subject tell the story in his own words adds to the emotional content."

The film moves through Nilsson's life by album, focusing on his successful late-1960s/early-1970s arc through archival photos and interviews with friends like Van Dyke Parks, Yoko Ono, and Micky Dolenz. His brotherly kinship with the Beatles is paired with Nilsson and Lennon's 1973 "bender," which produced, among other things, the singular Pussy Cats. The saddest part of the film is no doubt when Nilsson kills his voice during that recording session in a pissing match with Lennon.

"I think it was purposeful but not conscious," offers Scheinfeld. "I think it was Eric Idle who said he thought Harry didn't feel he deserved all the attention, the fame. When I make a film, there's not one moment, it's the whole life. So that's a moment, but so is the bad childhood, being abandoned by his father, dealing with his mother's alcoholism. It created a guy with low self-esteem. So Idle's right, and if you go through life like that ....

"It's dime-store psychology, but self-destruction was a big part of it."

We see the dark for sure and the bittersweet catch-22 of his later career: bankruptcy, kids, health issues. There are also the eccentricities: "Good Old Desk" was his way of talking about G.O.D.; he never toured because he didn't want to have to be "on" every night; he's known as the guy who (with Lennon) heckled the Smothers Brothers while drunk on Brandy Alexanders.

The one problem with Who Is Harry Nilsson?? It could have used a more inventive editor. The photo stills and archival studio footage offer a grainy look into the often bizarre process of recording and living with Nilsson, but they're too often thrown together without real finesse. Still, that rare stuff, like the filming of the Son of Schmilsson sessions, was another godsend for Scheinfeld.

"We discovered it had been shipped to a salt mine in Pennsylvania, so we had some developed," he says. "That was fun – the treasure hunting. I called up Playboy to license a clip from when Harry was on Playboy After Dark, and we were dealing with a woman with a bit of attitude who basically told us it wasn't going to happen. I wrote a passionate letter to Hugh Hefner, and three days later, I get a call from his number two guy, and he said: 'Hugh loved Harry. You can use whatever you want, no charge.' That was the kind of cooperation we got."

The DVD extras feature 90 minutes of deleted scenes and anecdotes from friends and family, including four of his seven children, as well as videos and rare TV clips, which fans will eat up. As a documentary, it gets right the balance of emotion and ego, and it's a quick fix for the common Nilsson problem, one Scheinfeld explained to a class he taught recently: "You know the music, but you don't know the man."

"There was a scene we had to cut, when he was at a party and overheard a famous, old movie star say that if he didn't find $50,000 by next Wednesday, he'd have to sell his house. Harry didn't know the guy, but the next day a check for that amount showed up in the mail. He could do that; he could be generous. There were many Harrys: the party animal, the loving father, the guy who loved the fame, and the guy who hated the fame. All of those things were there in him; it was a contest with himself."

His second album, when he was still just known as Nilsson, mainly showcases his voice as an acrobatic feat all its own and his knack for overdubbing his vocals seamlessly. This made the Beatles take note. Highlights: "Cuddly Toy," "1941," "Without Her."

As literal as the title, but nonetheless a nice take for those who might not be fans of fellow pianist Randy Newman's voice. Nilsson does great, heartfelt reinterpretations, and certainly his sense of humor and melody help. Highlights: "Vine St.," "Living Without You." 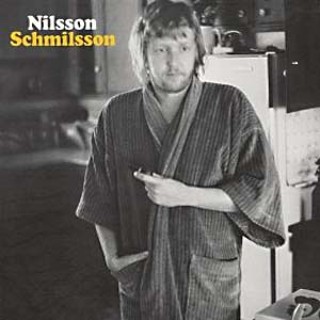 Nilsson and producer Richard Perry wanted this to be a Beatles-caliber album, and indeed the singer won another Grammy for it. This was him feeling confident and in the zone, and it's good from start ("Gotta Get Up") to finish. Highlights: "The Moonbeam Song," "Down," "Without You," and "Jump Into the Fire," which soundtracks a pivotal sequence in Goodfellas.

Bristling from the critical acclaim of Nilsson Schmilsson, he took a hard left. The production, again with Perry, was fractious and substance-fueled, the result uneven, but the album's gems show the two worked better together than alone. Highlights: "Joy," "Remember (Christmas)," "I'd Rather Be Dead," and "You're Breakin' My Heart," which precedes Cee-Lo's "Fuck You" by more than three decades.

Nilsson had just done A Little Touch of Schmilsson in the Night, a collection of standards showcasing his Broadway voice, when he and new best friend John Lennon collided in L.A. nose first. That legendary bender birthed this Lennon-produced curiosity, and you can hear Nilsson's broken voice from the first notes of "Many Rivers To Cross." It's a beautiful, funny album born from the saddest circumstances. Highlights: "Old Forgotten Soldier" and covers "Save the Last Dance for Me" and "Subterranean Homesick Blues." 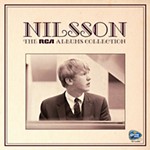 Harry Nilsson, Who Is Harry Nilsson (And Why Is Everybody Talkin' About Him)?, John Scheinfeld, John Lennon, Hugh Hefner, Nilsson Schmilsson, Pussy Cats