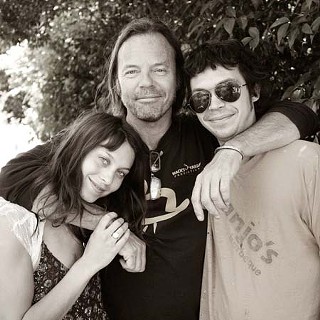 Acorns might not fall far from his family tree, but that doesn't necessarily mean that country-beat songsmith Kevin Welch pushed his son Dustin and daughter Savannah down Music Row. "That really wasn't my idea," laughs Welch (see "C&W Maverick Kevin Welch: Square Peg Escapes Round Hole," Aug. 25, 1995), a longtime Nashville boilermaker who moved to Wimberley two years ago to be closer to his family. "At one point, I gave a stab at trying to talk Dustin out of it. It lasted maybe three minutes before I realized I wasn't going to get anywhere. Like any parent, I'd like to see them do something that was perhaps a little easier and maybe more financially secure, but they're really good at it." That's not mere paternal pride talking, either. Dustin came into his own with last year's cantankerous Whisky Priest, while Savannah leads the Trishas, the lovely, all-female gospel-folk fourpiece that's only a T Bone Burnett credential away from national prime time. Both offspring contributed to Welch's first studio album in nine years, 2010's excellent A Patch of Blue Sky (Music Road). "They're both very particular and exacting," stresses Welch. "I benefit from their input as much as they benefit from mine." Just in time for the holidays, the Continental Club hosts A Welch Family Affair next Wednesday, Dec. 1, a triple-bill revue that the headliner would like to take out on the road: "That's sort of a fantasy of mine."

Around the time of Ornette Coleman's last visit to Bass Concert Hall in 2004, a priority package arrived for this particular Longhorn undergraduate – the history of jazz according to OTR's dear Uncle Michael. Beneath LPs by Charles Mingus, Miles Davis, and John Coltrane, among others, laid a copy of Song X, Coleman's 1985 collaboration with guitarist Pat Metheny. "You Are Not Ready" read the cautionary sticky note. Last Thursday night in his lone Texas engagement, Fort Worth's free jazz beacon reiterated that warning with a profound contradiction of elegance and urgency. Leading a quartet anchored by the powerhouse percussion of son Denardo Coleman and sparring bassists Al MacDowell (electric) and Tony Falanga (bowed and pizzicato acoustic), the group leader demonstrated his democracy of jazz theory, termed "harmolodic" (see "Equality," Nov. 12, 2004), with a near two-hour set of searing alchemy that included variations on his "Dancing in Your Head" and the avant-blues simmer of "Turnaround" from 2006's Pulitzer Prize-winning Sound Grammar. After all these decades, the 80-year-old alto saxophonist and occasional trumpeter/violinist still confounds, evidenced by his jarring, near-operatic collaboration with Japanese banshee/vocalist Mari Okubo. When Coleman finally broke the romantic reverie of sole encore "Lonely Woman," from 1959's eternal The Shape of Jazz to Come, the audience was so spellbound that you could actually hear him unsnap his saxophone strap.

"Honestly, all of that contract stuff we've done lately has blurred together a little bit," admits Speak keyboardist/singer Troupe Gammage. In his defense, the local band's seen more fine print lately than a subprime-mortgage broker. The new romantics signed earlier this fall to Atlantic Records imprint Modern Art and just last week notched a co-publishing deal with Warner/Chappell Music. Originally added to the roster of Austin's Loophole Management while still in high school, Speak's the first act out of the homegrown U21 movement, fostered by the Chronicle's Margaret Moser, to graduate to the big leagues. The unabashed electro-pop outfit's untitled label debut should land in big boxes in the next six months and will comprise this year's acclaimed Frenchie Smith-produced Hear Here EP and seven additional songs recorded around the same time. "Some of the songs were written when I was 18 or 19, but they don't feel like first efforts for me because we all started so young," relates Gammage, now 22, who cut two albums previously with guitarist Nick Hurt and drummer Jake Stewart under the name Jupiter-4. Presently, Speak just hopes to survive its first ever national tour. "We're the first of four bands, sleeping in the van, and driving for eight hours before the show," surmises Gammage. "We've been roughing it, but it's totally worth it."

A serendipitous postscript has emerged in the wake of the Chronicle's interview with James Williamson of the Stooges (see "Shake Appeal," May 28). After responding to the article, local reader Michael Adams reconnected with Williamson, his former bandmate in the garage band the Coba Seas. The group's 1966 demo recordings, Unreformed, are being released soon by Norton Records. Asked if there's a possibility of a live reunion, Adams responded, "Possibly if Little Steven's Underground Garage Fest were to ask."

Earlier this month, the patio of the Saxon Pub was officially dedicated to its late dignitary Stephen Bruton by his wife, Mary, and Saxon owner Joe Ables.

In the spirit of Thanksgiving, Austin's Mother Truckers will be doling out free copies of latest burner Van Tour to every patron of the band's two-night stand at the Continental Club, Friday-Saturday, Nov. 26-27.

The Sword has knighted local hardcore drummer Kevin Fender as the replacement for Trivett Wingo on the band's rescheduled North American tour, which kicks off later this week. Also new to Fender's résumé is Discography, a retrospective from mathematically minded local bruisers Employer, Employee, which was recorded between 1998 and 2000 and features new artwork from Isis godhead Aaron Turner. roboticempirenews.blogspot.com. 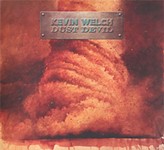 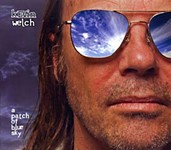