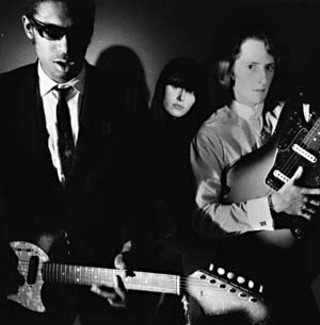 In retrospect, the Gories could be considered an essential chapter in the history of Motor City. Formed in 1986, the Detroit trio – guitarists/vocalists Mick Collins and Dan Kroha with drummer Peggy O'Neill, each with little or no previous musical experience – whittled rhythm & blues down to the bone, a primitive ground zero between the endless boogie of John Lee Hooker, the Stooges' confrontational tenacity, and Motown Records' tower of soul that served as an obvious bass-free precursor to the White Stripes.

"We were just another band, except one that nobody liked," counters the legally blind Collins with a deep, hearty laugh that could pass for an Isaac Hayes voiceover. "We had novelty value; the sheer ineptitude of our sound was enough to make people stop and listen for a while. It wasn't a matter of being laughed at. Mostly people just told us we sucked. That was pretty much all we heard for six years. By the time we actually started to get an audience, we were done with it."

Before the release of the band's final LP, Outta Here, recorded for Crypt Records in exchange for a European tour, the Gories disbanded in 1992, with Collins and Kroha forming the excellent Dirtbombs and Demolition Doll Rods, respectively. That same German label, which keeps all three of the group's LPs in print, including 1990's Alex Chilton-produced masterstroke I Know You Fine, But How You Doin', requested the Gories and Memphis' the Oblivians reunite for its anniversary bash a few years back. Neither garage-rock cornerstone could get their acts together in time, but the two ultimately played a few shows together in 2009.

"It was literally like riding a bike," concludes Collins, who has no plans to write new material with the Gories, though In the Red owns the rights to a previously unreleased 7-inch single. "We played those songs so many times that it was just a matter of counting off. There was very little rehearsal. We played like four or five songs, drank some gin, ate some pizza, played two or three more songs, and said, 'Alright, I'll see you tomorrow.' There was some yelling involved somewhere.

"It was just like it used to be back in the Eighties." 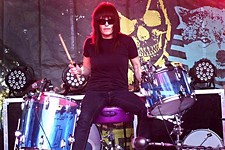