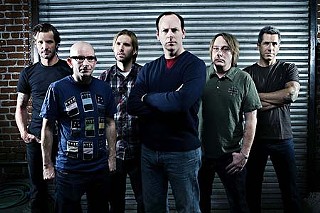 "I was on MSNBC a couple of weeks ago," begins Greg Graffin. "It was in response to a crazy tirade from Bill O'Reilly during which he said, basically, no one knows how the Earth was formed, so it must've been made by God. And I don't agree with that."

No surprise there, really, but Graffin's hardly just another voice in the din. As a doctorate-wielding lecturer in life sciences, paleontology, and evolution at UCLA, the Bad Religion frontman has recently written a book, Anarchy Evolution: Faith, Science, and Bad Religion in a World Without God, which serves as both a cogent, laudable riposte to the O'Reilly faction and a memoir of his life and times as the beating, highly evolved, and empathetic heart and, well, soul of the legendary L.A. outfit. The release coincides with Bad Religion's 30th year and 15th album, with both band and book tours already under way.

Thirty years. That's like a century in punk rock, but less than a nanosecond in the naturalist's geologic time frame. In the intervening years since Bad Religion's 1982 debut album queried "How could hell be any worse?," things have become far more dire for both Homo sapiens and its home terra. How does Graffin keep that punk rock spark alive when elements of global society are attempting to bring on new Dark Ages?

"You can't let your personal disposition be dictated by the world around you," Graffin explains. "You can look at Bad Religion, and, really, almost everything I've ever done was an exercise in creativity. I've always had a desire to challenge and question authority, and that's where the fire inside comes from. I challenged authority out of a desire to make things better, not to be nihilistic about it. And that's the power of creativity, be it writing songs or chord progressions or writing this book."