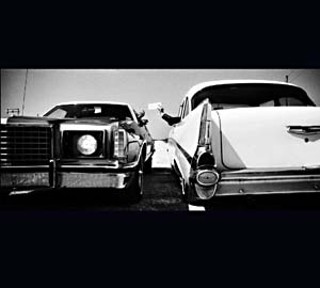 
With the possible exception of Timbuk 3, no Austin act has achieved as much with so little as Ghostland Observatory. Utilizing only programmed beats and a bare guitar/drums set-up, the local phenomenon has topped almost every major music festival in the U.S. and appeared on Austin City Limits and Late Night with Conan O'Brien. That's true testament to the polar magnetism of caped beat chemist Thomas Turner and charismatic shrieker Aaron Behrens, but those same limitations are like a neon glow stick in the dark on Codename: Rondo. Self-produced and released on the band's label, Trashy Moped Recordings, the duo's fourth album could pass for a caricature: juvenile, at times laughable, electro-glam seizures amplified to an arena setting. Theme song "Give Me the Beat" and throbbing, strings-attached "Miracles" elicit the seismographic spasms of 2005 debut delete.delete.i.eat.meat and follow-up Paparazzi Lightning but no longer pack the same punch. Only the faux-bohemian rhapsody ballad "Mama" attempts the emotional territory of 2008 space oddity Robotique Majestique, which Spin magazine dismissed in less than 10 words: "Daft Punk-worshipping duo gets softer, bleaker, slower, weaker." Not only does Behrens have nothing to say lyrically – the faux-police stick-up "Freeze," instructional title track, and ghetto blaster "Body Shop" – but even worse, he no longer knows how to deliver it. In the opening, stutter-step banger "Glitter," his vocals are encoded with some sort of Doppler shifter, while the otherwise enticing spaz-thrash of "That's Right" gets Darth Vader treatment. If Ghostland Observatory's serious about more than modern raves, the locals need to bring in an outside producer (Austin's Wolfgang Gartner?) to help construct something fresh. Otherwise, the party's just about over. 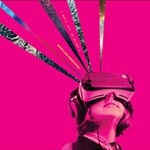