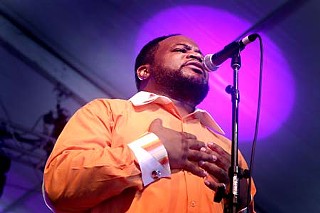 
Exactly one year ago, I sat in the pews of the Rev. Tommy West's No Walls Ministry in the back of a Dallas strip mall as the Relatives played their first show in three decades. Since their remarkable rediscovery and resurrection, the world's funkiest gospel group has sold out the Continental Club, stolen the show at Ponderosa Stomp in New Orleans, and, on Sunday at ACL, converted a whole new flock while dressed in resplendent matching white suits and orange shirts and busting Temptations-style steps. The title track of their 2009 release on local imprint Heavy Light Records, Don't Let Me Fall (for which I wrote the liner notes), ballooned to an epic 20-minute jam full of righteous guitar solos, call-and-response testifying, and instructions on how to do the gospel groove. Tommy and older brother the Rev. Gean West are the group's only original vocalists, but they've filled the ranks with certified ringers, including Gean's showman of a son Cedric and Tyrone Edwards, whose falsetto could crack stained glass. Concluding the rowdy revival of "Rap On," the Rev. Gean West had a Holy Ghost moment; kneeling and shaking, the gravelly voiced 74-year-old ripped off his sunglasses and heaved them into the crowd, where they landed in my left hand. 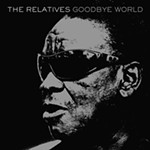 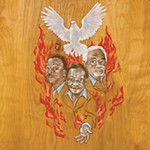