This year's been so busy for Ruby Jane that she consults a calendar just to refresh her memory. The Dallas-born, Southern-raised Texas singer-songwriter will be just weeks shy of her 16th birthday when she steps onstage at ACL, another stop in a journey that's included being the youngest fiddler to play the Grand Ole Opry. "In January, we did the musical A Ride With Bob with Asleep at the Wheel," begins the local. "In February we traveled with my band through the South, and I did Turk and Christy Pipkin's event Nobelity, with Willie Nelson, Robert Earl Keen, Lyle Lovett, Joe Ely, and lots of amazing people. I played the Old Settler's Festival and have been recording too. I signed with C3 management about a month and half ago. I went to France – lots of travel!

"I've always written songs, but the past year or two I've been writing and singing more. I've fiddled since I was 2, and I love that, but I also love writing songs. That's been evolving more too. Instead of just fiddle breakdowns, it's more of my music."

Still, being 15 and on a fast track means Ruby Jane does things differently from most girls her age. Visions of winning a Grammy down the way don't exempt her from higher education, though.

"I go to an online high school, and it functions pretty much like a regular high school except it's online: virtual classrooms but real teachers and real students. This is the third week of school. It's a lot of work, but I enjoy it. And it's online, so I can travel!" 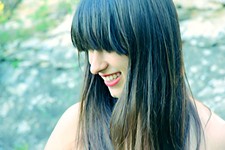 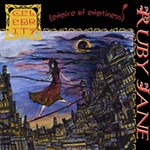