Austin's Will Johnson sounds off on the Monsters of Folk


Will Johnson has an invaluable vantage point in Monsters of Folk. While not on the group's self-titled 2009 debut, the leader of locals Centro-matic and South San Gabriel has served as their touring drummer, including an appearance last September on The Tonight Show With Conan O'Brien and a taping earlier this week for Austin City Limits. Johnson shared via e-mail some of his personal insights on each Monster of Folk.

M. Ward (She & Him): "A picture of calm and courtesy. A gentleman of the highest order and an astute surveyor of the life and space around him. His natural skills speak for themselves. What he gleans from his head, hands, and voice transports the band into some distant, perfect time every night. 'The Sandman, the Brakeman and Me' has long been one of my favorite parts of each show."

Conor Oberst (Bright Eyes): "We found pretty quickly that we were the late-nighters of the camp, swapping stories and iPod songs. He's one of the most loving people I've met. I tried to be mad at him in London for dumping the whole drum kit during the last song of the night. That lasted about 12 seconds. His quickness, eye for detail, and compassion for his friends are massive, unbridled, and contagious."

Mike Mogis (Bright Eyes): "He seems to be a master of anything stringed. A constant mover, always deconstructing, testing and experimenting; quick and purposeful amongst sonic thruways of possibility, and almost always with great reward. He's a tireless scientist of sound and music. Encourages me to be a better listener, and a better player."

Jim James (My Morning Jacket): "The Dear Old Dad of the MoF camp. A beacon of melody, wisdom, and fearlessness sent to us from some other world. We go back quite a few years now. He remains one of the most centered and strongest souls I've known. One of my favorite voices in the history of humans. A shepherd in every sense of the word." 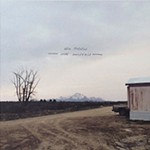 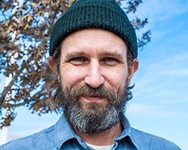 Will Johnson, Monsters of Folk