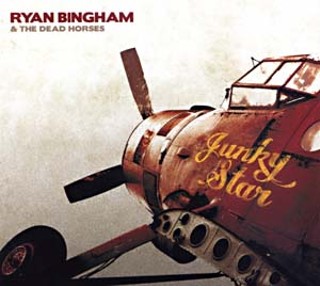 
In terms of the film Crazy Heart, Ryan Bingham embodies the best of both lead characters, the outlaw spirit and hard-knocks past of Jeff Bridges' Bad Blake and the youthful charisma of Colin Farrell's Tommy Sweet. Bingham's third LP, Junky Star, could segue right out of the film's closing credits, thanks in part to his Oscar-winning "The Weary Kind" co-writer and producer T Bone Burnett, who adds his brand-name snake rattle ambience to "Hard Worn Trail," the canyon echo of "The Poet," and even tremolo guitar to the wobbly classic county ache of "All Choked Up Again." With the exception of Dylan nod "Direction of the Wind" and vindictive "Strange Feelin' in the Air," Bingham eschews the raucousness of last year's Roadhouse Sun for the Lubbock dust and smoking gun balladry of 2007 bow Mescalito. "Yesterday's Blues" stuns with bare simplicity, much like the bruised soul of "Self-Righteous Wall," but the rest of Junky Star sounds like well-produced demos with lyrics scribbled on napkins or shrugged off altogether. In wasteland ballad "Depression," Bingham hoarsely laments, "If I held your hand in this town, they'd lock me up for possession, but now they're strung out on heroin, and we've gone out to California." It's an unfortunate reminder that even on an album populated by seedy characters and hard roads, Bingham still struggles with the devil in the details. 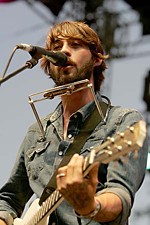