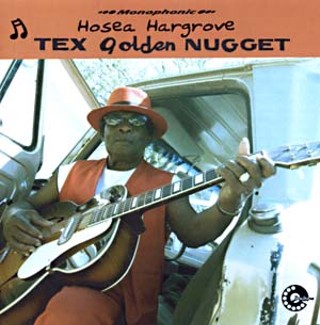 
Growing up in Crafts Prairie, a community near Smithville and Bastrop, 80-year-old Hosea Hargrove didn't just absorb blues. They came with the territory. At 10, he fashioned his first guitar out of a cigar box and screen wire, playing until he mastered it and a local musician named Son Chase gave him the real deal. On Tex Golden Nugget, that mojo lives in every note Hargrove plays, as does the spirit of Chase and the Central Texas bluesmen that the Eastside guitarist grew up around: James Lee Williams, Sugar Taylor, Hosea Henderson, Roosevelt "Grey Ghost" Williams, "Funny Papa" Smith, and "Sunny Boy" Williams. Sunday afternoon blues sessions from the early 1970s sounded like this, Hargrove having assembled an achingly sweet collection of blues that pulls no punches ("Negro Down"), rolls with a righteous groove ("Rock Me Baby"), and pumps funky life ("Boog a Loo"). Hargrove's vocals aren't the main attraction – they're serviceable, engaging – but his guitar, laid-back and ever-present, calls the shots. His roots in rural blues come to life in traditionals ("Nine Pounds of Steel," "44 in My Hand"), while he displays his self-referential flair in lyrics, including in the song "HOSEA." No false modesty here for a life well spent. 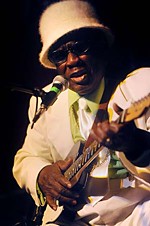