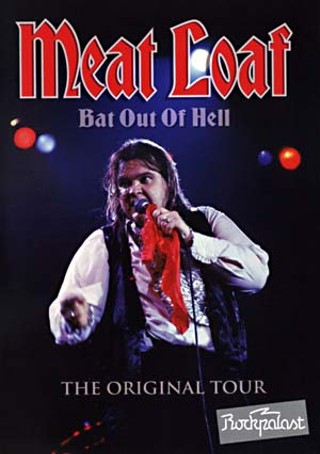 Bat Out of Hell: The Original Tour (Eagle)


According to the DVD notes, Bat Out of Hell remains a worldwide pinnacle behind Michael Jackson's Thriller and AC/DC's Back in Black. The write-up also puts the 1977 disc alongside Dark Side of the Moon, Sgt. Peppers, and Quadrophenia. "You guys look like one of the most unlikeliest couples in rock & roll today," opines the German host during a preshow segment from Frankfurt, 1978, Jim Steinman the Broadway wannabe and Meat Loaf the Texan. The former's narration from the piano bench ("On a hot summer night would you offer your throat to the wolf with red roses?") crosses Byron with Norman Mailer, while a belly shot of the singer during the closing reprise of "All Revved Up With No Place to Go" is King Kong iconic. NYC siren Karla DeVito tries to levitate "You Took the Words Right Out of My Mouth (Hot Summer Night)" – on LP it's Ellen Foley – but it's still off-Broadway. Blind side: "Two Out of Three Ain't Bad." 90 minutes. 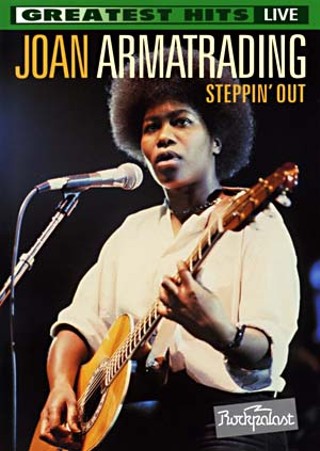 
West Indies-born pop folkie raised in the UK birthplace of Black Sabbath, Judas Priest, and Thin Lizzy himself, Philip Lynott – all from Birmingham – in retrospect looks like Tracy Chapman's older sister. As with the Caribbean-accented "Rosie," vocals of inner/outer conscience power 1980 turnaround Me Myself I, which contributes four songs to the 84-minute set, including closer "When You Kisses Me." Even with "How Cruel" ("I bite my tongue, and it bites me back"), the thick timbre of Armatrading's voice becomes monochromatic. 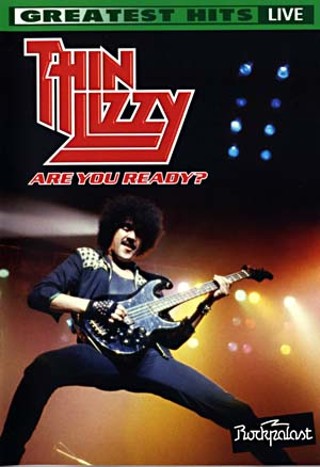 Are You Ready? (Eagle)


"One, one, one," intones Lizzy incarnate Phil Lynott. "Are you ready? Are you ready?" Bronzing the penultimate 1981 lineup of this UK warhorse, these 111 minutes are even immune to the heinously mic'd guitar tandem of Snowy White and wasted rock ranger Scott Gorham. The frontman slums from China­town's "Genocide" ("People around here don't take kindly to the killing of the buffalo") and rare 7-inch "Trouble Boys" to an early version of "Angel of Death," here titled "Desas­ter." Black Irish Lynott stands long and tall, clear-eyed in his leather studded vest and spiked wristband, no shirt, sporting a cannonball Afro and pirate hoop earring – a comic-book superhero thumping his instrument like Dale Earnhardt, while Emerald Isle mate, mainstay, and backbone of the band Brian Downey pounds loose and wiry on the drums. Lynott's red Converse hi-tops catch the spotlight like the pick flicking across his bass strings as he surveys the open-air crowd with the smoky eyes of stardom. Watching him deliver another mouthful of West Side Story as the band pretends it's Eddie Cochran catches in your throat. People drop Thin Lizzy references like pecans from Texas trees, but very few know what it really looked and sounded like. This is it, kids. 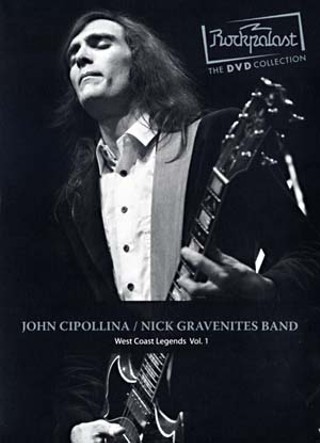 
Filmed in Dortmund, 1980, nine years before Quicksilver Messenger Service man John Cipollina died, southside Chicago blues guru Nick Gravenites, who founded the Elec­tric Flag with Paul Butterfield's Mike Bloom­field and wrote "East West" before joining Big Brother & the Holding Company in S.F., led a combo including Austin-born bassist and current Houston entertainment lawyer Al Staehely. His wolfish "Signs of Life," chased by Cipollina's working slide on his trademark red Gibson SG with black, Batmanesque inlay, proves both Staehely's vocal and compositional grit. For "Buried Alive in the Blues," Cipollina steps to the mic for some added intro: "This song Nick wrote for Janis Joplin, but she got buried first. It's kind of a long story." Quicksilver's trademark jam, Bo Diddley's "Who Do You Love," closes without all the heyday histrionics – sadly. A 15-minute bonus excerpts the film Blues Survivors for some Gravenites color/background. 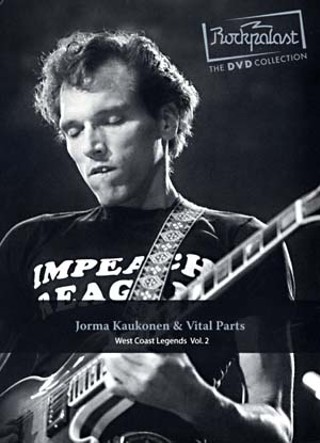 
Captured on the same bill as the Gravenites/Cipollina band, Jefferson Airplane gunner Jorma Kaukonen, sporting a black "Impeach Reagan" T-shirt and New Wave red pants, holds an electric seminar on table-saw blues. Woozy string bending ("Trimmed and Burning Milk Cow Blues") and the guitarist's singing (on the succeeding "To Hate Is to Stay Young") bunch up like a post-blues Iggy Pop. Kaukonen's Les Paul sauce on "Bar-B-Que King" would have been at home at the Armadillo, while "Wake Up Dead Man" could teach U2 a thing or two about honking. Tag-teaming the Rev. Gary Davis ("Death Don't Have No Mercy") with Robert Johnson ("Walkin' Blues") turns just plain lethal. Kaukonen saves the best for last with six-string tractor pulls "Valley of Tears" and "Straight Ahead." "This band does accept drug contributions," he adds. 90 minutes. 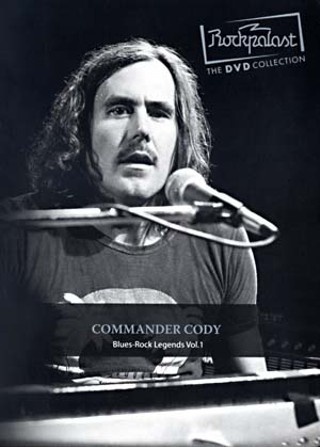 
Out of Ann Arbor, Mich., but originally from Boise, Idaho, – and soon, like Nick Gravenites, an S.F. émigré (later a Texan) – George Frayne was the original Eugene Hütz, an indefatigable bordello ringmaster plying hipster country-billy rather than gypsy punk. The Commander's Lost Planet Airmen here include diesel-fueled Telecaster master Bill Kirchen on Doug "My Sharona" Fieger haircut and Buddy Holly glasses. Frayne's boogie-woogie keys on "Beat Me Daddy 8 to the Bar" soften on a "sweet country and western ballad ... we've got those 'Down to the Seeds and Stems Blues.'" "Ubangi Stomp," nitro hit "Hot Rod Lincoln," and Leiber & Stoller lockdown "Riot in Cell Block No. 9" dance atop the bar, though not the one on 1974 Armadillo red house, Live From Deep in the Heart of Texas. 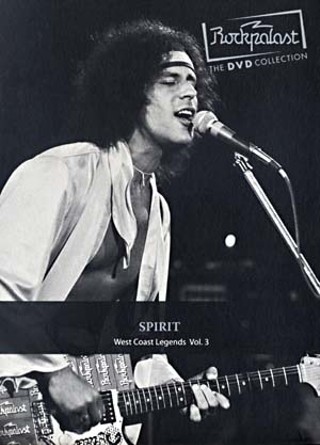 
Taped in 1978, Spirit's slinky psych connects the 13th Floor Elevators to the Black Angels and beyond. No surprise on the threads; frontman Randy California jammed with Hendrix in Jimi James & the Blue Flames at the age of 15 and carries said flame in his Isle of Wight headband and blouse, while adopting third stone from the sun arrangements of Dylan's "Like a Rolling Stone" and "All Along the Watchtower," not to mention a smoking "Hey Joe" (teeth shredding and behind-the-back massages) and "Wild Thing." The bandleader's synthesized effects strike a bum note, but California's facility on his Rockpalast-stickered Stratocaster matches the Golden State-sized timpani of original Spirit drummer Ed Cassidy, the guitarist's stepfather. Calling card "I Got a Line on You" remains a rail of moonshine adrenaline; Allman Brother Dickey Betts adds Southern Comfort to the end jam. California died in Hawaii in 1997 saving his son from ocean currents. 113 minutes. 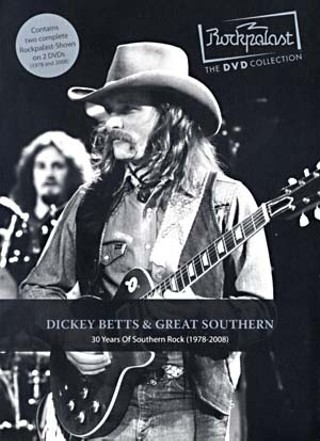 
Double-disc set, with the first 100 minutes from Essen, 1978, and another hour and a half 30 years later in Bonn. On the former, Betts takes a swig from a small bottle and lays it on the drum riser as the set begins. His subsequent performance suggests it wasn't holy water. "This is a song about getting drunk and taking a lot of dope, getting put in jail, and having your lady leave you. And writing a song about it," the guitarist prefaces "You Can Have Her," and his singing, if you can call it that, calls into question Betts' compositional claim. Dan Toler breathes life into Betts' Allman Brothers' staple "In Mem­ory of Elizabeth Reed," with the lead longhair faring far better on "Jessica" and perfunctory closer "Ramblin' Man." Between the latter two lies a "Mountain Jam"-like 30 minutes of round-robin solos ("High Falls"). Three decades later, a considerably more sober Betts, with son Duane on third guitar – who'd probably rather sound like his old man instead of simply being the spitting image of him – rolls mostly Allmans ("Statesboro Blues," "Blue Sky," "One Way Out," "No One To Run With"), with Michael Kach aboard as a Gregg Allman sound-alike (barely). Performance catches a breeze halfway through, but it's no Fillmore set, East or West. 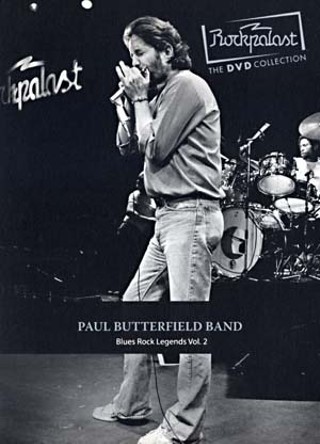 
White-boy blues ("Fool in Love") as stoked by Chicago harp cat Paul Butterfield, who fronts a fivepiece driven by two baby-faced but fleet-fingered pipe cleaners and a low-down rhythm section. First flamethrower Buzzy Feiten razes all. The bandleader's resonator heats the proceedings until the cooldown of "It's Alright" goes soul to scream, then gets chased by Woodstock mow "Goin' Down" in a blaze of glory lighting into Albert King's "Born Under a Bad Sign." "Just When I Needed You Most" douses the coals gratefully. A backstage segment afterward seals the deal. Butterfield died in 1987 at 44. 66 minutes.

CD counterparts edited for length on the SPV imprint: