Even Jim Jarmusch kneels at the altar of Michio Kurihara 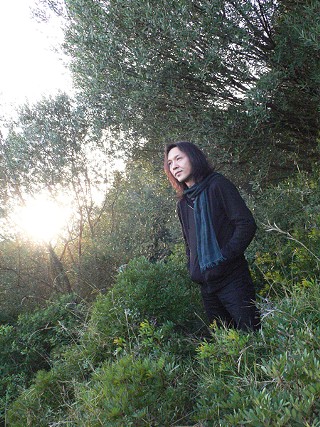 With a cigarette dangling in his left hand, Michio Kurihara pushes back his jet-black hair, revealing a few slivers of gray. He looks older up close, exhausted yet hospitable.

As the Japanese guitarist sits in Mohawk's sparse greenroom in October 2007, an evening billed as the Roaring Silence Revue takes on a new meaning. With the help of the Chronicle's token translator Bobby Leath, questions are attempted about his upbringing and influences. There's so much history to be uncovered, so many stories to be unpacked. As a member of White Heaven and longtime fixture in Ghost, Kurihara embodies Tokyo's psychedelic renaissance of the late 1980s, an underground movement that redefined the concept of heaviness.

And yet, the language barrier between his broken English and our fractured Japanese seems to stretch further than the North Pacific Ocean. Like charades in slow motion, each word gets acted out through different sets of hands, as if their meaning will somehow emerge through the deliberate repetition of frustrated movements. It's to no avail. The awkwardness is deafening.

That humbling defeat was unfathomable hours earlier. Kurihara opened the double bill with Damon & Naomi, providing an evocative smokescreen to the former Galaxie 500 duo's elegant pop. The movements are so soft and delicate it feels as though you're eavesdropping on the private conversations of the unlikely threesome's Within These Walls. Boris provides the perfect study in contrast.

With the Stooges' raw power and bullheaded doom of the Melvins, the Japanese colossus remains the ultimate power trio. Wata and Takeshi exchange guitar riffs with violent precision while drummer Atsuo serves as master of ceremonies, hammering a massive gong and crowd-surfing. With a second amplifier cabinet, Boris' touring mercenary Kurihara skywrites through this typhoon of avant-metal. The resulting fury shorts the venue's PA system not once but twice. Nothing is lost in translation.

Such is the power and glory of Michio Kuri­hara, the great chameleon of Japanese rock, a one-man Quicksilver Messenger Service capable of capturing both the eerie eye of the storm and the torrential torment outside it. His style encompasses every phase of the Yardbirds: the slow-hand lyricism of Eric Clapton, Jeff Beck's incendiary fusion, and the epic sorcery of Jimmy Page. Rather than your typical blues or post-blues shredder, Kurihara's a sonic contortionist, unpredictable and far more interested in sculpting with texture than through chords or progressions.

"He works really hard to adjust himself to whoever he's playing with," surmised Damon Krukowski before the tour. "There's a whole process that he's going through to shape the sound. I've heard him say in interviews that he's not a technical player, but he's so skilled. I think he means that he doesn't play for technique's sake. He doesn't assert himself that way. The playing comes out of an emotional core."

"He's such a sensitive player, always listening and adjusting and enhancing whatever is happening at that moment with the music," furthers Naomi Yang. "Yet despite his accommodations for whomever he's playing with, when you hear that guitar tone, that special touch – you know it's Kurihara. His sound is unmistakable."

"I don't consider Kurihara's instrument to be a guitar," reasoned Boris drummer Atsuo to the Chronicle via a translator (see "Mabuta no Ura," June 27, 2008). "The way he plays it destroys that idea. I hear it as a special kind of noise. It's not as though Boris had a third guitarist; it was as if we had this whole other entity in the group. Boris' sound is a series of steps. It has a roughness to it. With Kurihara, though, it's like he sends sine waves through the music, smoothing out some of the rough edges.

"He adds another dimension to the music that it didn't have before." "A crash/flash point between the dark centuries of Japanese isolation and self-obsession, and the new lights of cultural infinity," mused scholar Alan Cummings in the liner notes to the third installment of PSF Records' Tokyo Flashback series, which documented the movement. "Maybe you think you know about Japanese music. 'Yeah, Japan? The Kodo Drummers. Yellow Magic Orchestra. Shonen Knife.' Think again."

From this grunge alternative arose such colossal heavyweights as Overhang Party, Marble Sheep, and Ghost, all of whom featured Kurihara in some capacity. The latter, a longstanding ceremonial folk ensemble led by the Toho Scope vision of Masaki Batoh, caught the attention of Damon & Naomi, leading to a few stateside tours, a collaborative album in 2000, and a permanent home on Chicago's venerable Drag City Records (see "Temple Stone," May 15, 2009). White Heaven wasn't as fortunate.

Origin­al­ly dubbed the Living End, the seminal fourpiece epitomized Japan's reputation for creation through absorption, filtering New York's No Wave confrontation with the darker recesses of West Coast psychedelia and 1970s Krautrock into its own firmamental blues. Frontman You Ishihara's sonorous English drawl and dramatic flair distinguished the band from its contemporaries, his fuzz-muffler guitar providing the perfect counterpoint and launching pad for Kurihara. Simply put, White Heaven should have been bigger than Godzilla.

"Unfortunately, the music media in Japan is extremely poor," writes Ishihara, the Lee Ranaldo to Kurihara's Thurston Moore, via e-mail and a translator. "Unless you release an album from a major label, no one recognizes you as a musician, even if your music is extremely good or you're highly regarded overseas. Back then, White Heaven was quite underground in Japan, and even though we had some live shows, we never gathered too many people."

The Stars, who offered essentially a more polished and accessible version of White Heaven, didn't fare much better. In fact, most of Kurihara's work, particularly his guest appearances with Yura Yura Teikoku and neo-prog outfit YBO2 (pronounced ee-boh ee-boh), remains difficult to come by, with Cosmic Invention's Help Your Satori Mind – a one-off project with Ghost's Batoh and Futoshi Okano of Acid Mothers Temple & the Cosmic Inferno – being the Holy Grail.

Kurihara's recorded and performed with Damon & Naomi, Boris, and Ghost for so long now that it's difficult to fathom what the groups might sound like without him, while his solo debut, Sunset Notes, released stateside in 2007 on Krukowski's 20/20/20 Records, revealed the depth of his impressionistic poeticism. With each passing project and stateside tour, Kurihara has gained more of the acclaim he so rightfully deserves. Last year director Jim Jarmusch spotlighted the guitarist's 2007 collaboration with Boris on the soundtrack to The Limits of Control.

"Boris is a band that I truly love, and when they play with Michio Kurihara that could possibly be my favorite rock band on the planet," enthuses Jarmusch over the phone. "There's something really interesting in their embracing of so many forms of music, from so-called avant-rock to metal and punk rock. They play like jazz musicians in that they're listening and reacting to what they're building. It's so transporting, like landscapes they take you through.

"Michio really does add a whole other layer to their sound," continues the filmmaker, whose cinematic experiments in tone, tempo, and genre parallel those of Kurihara. "He's somebody that has a beautiful balance of being a virtuoso on his instrument but is never jerking off with the thing. He's always finding the place he fits in. He's obviously enamored with feedback and noise in a very beautiful way, but yet he's very lyrical at the same time."

Back upstairs at Mohawk, the 2007 stalemate continues. Krukowski eventually wanders through the staring game, casually taking up my printed questions. Leaning over Kurihara's right shoulder, he translates a query about Sunset Notes, just enough for a spark of recognition to flash across the guitarist's eyes. His response follows in staggered syllables, each word compounding the weight of what came before it.

"Nature. Each season a different mood. Each song a mixture of science and feeling.

"Each listener their own vision ... interpretation ... experience." 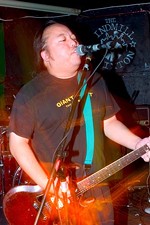