"We're known for catching 'em on the way up and on the way back down," cracks Saxon Pub owner Joe Ables, who opened the South Lamar landmark in 1990, home to everyone from Los Lonely Boys, Kris Kristofferson, and Bob Schneider to Bonnie Raitt, Carolyn Wonderland, and Miss Lavelle White, among countless others. The Saxon was originally envisioned as a respite from Steamboat on Sixth Street. "Then Badfinger played here one night, and things changed," chuckles Ables. "Stephen Bruton was a big key to our success too. He started playing here on a regular basis, bringing his friends by and jamming, and all of a sudden the word got out." A family affair, with Ables' wife, Judy, and daughter Jody helping out at the bar and online, the Saxon celebrates 20 all month long with a characteristically packed lineup that includes Freddy Powers (see "The Good Times Ain't Over," Aug. 22, 2008) on Saturday, June 12, and Gary P. Nunn's Lost Gonzo Band on Tuesday, June 15. The club's also raising funds for a statue of the venue's other late dignitary along with Bruton, Rusty Wier (see "I Before E," May 31, 2002), for permanent display at Larry Joe Taylor's Texas Music Festival in Stephenville. "Restaurants turn tables; we do that with genres of music, and we do it three times every night," says Ables.

Live at the Saxon

• Former poll star Kinky Friedman prefaces his first West Coast tour in 20 years with a special engagement at the Saxon tonight (Thursday, June 10), with original Texas Jewboy Little Jewford and Washington Ratso. "If I get the hell out of Texas, I do better," cackles Friedman from his ranch. "It's just like the last race for governor. We won it everywhere but here." The Kinkster sounds off on the BP oil spill, Gov. Rick Perry, and the so-called acts of God between the two at austinchronicle.com/earache.

• The grand opening of the Saxon Pub at the Austin-Bergstrom International Airport has been pushed back to Sept. 3. "It'll be a smaller version of what we do here," says Ables, pausing – "if that's possible."

• Local pop tunesmith Ben Burgess, who performed at the Saxon last Thursday, just hit a songwriter's jackpot. His snappy "Chillin' in the Summertime, Everything's Gonna Be Alright" was recently recorded by the Jonas Brothers, who also filmed a video for the song that will air on their Disney sitcom, Jonas L.A.

To steal a line from Jay-Z: Kalu James isn't a businessman; he's a business, man. The Nigerian-born local singer-songwriter created a limited liability company in his name and a 70-page business proposal with Austin's GV Evolutions in hopes of attracting an "angel" (a private investor) to fund his efforts. "The stock market isn't doing well; the real estate sector is slumping," states James. "I thought that people might want to invest in something different that they could have a personal connection with." Inspired by DirecTV's marathon coverage of South by Southwest, James moved to Austin in 2007, and his career has received steady dividends ever since. He just returned from a 18-city tour in support of his new Live album, which was recorded late last year at Ruta Maya and showcases his evocative, soft tenor with an immediacy only hinted at on his two previous studio efforts. James is concerned with far more than just his bottom line, though. On Friday, June 11, the 28-year-old headlines a benefit at Flamingo Cantina with proceeds going toward a scholarship at the International Model School, a bilingual learning center for underprivileged students, owned and operated by his mother in West Africa's Republic of Benin, birthplace of the mighty Orchestre Poly-Rythmo de Cotonou (see "Voodoo Lounge," Dec. 18, 2009). "Here, there's the No Child Left Behind Act," says James, who moved from Benin to Rochester, N.Y., in 2001 to study computer technology, "but where I'm from, there is no public school. I've always wanted to try and find a way to give back to my mother to let her know that I appreciate her sacrifice."

The announcement of Time Warner Cable's nonrenewal with Austin Music Partners was no surprise to anyone who's surfed past Channel 15 recently. AMP's ME Television has struggled since the 2009 departure of CEO Connie Wodlinger, a move followed by massive downsizing. The station has been in "random play" mode since the Chronicle looked into its South Congress studio (see "A Rocky Road to Recovery," Screens, Oct. 16, 2009), but current CEO Kevin Kettler remains optimistic about the station's future. "We're going through a number of different changes," admits Kettler, Dell's former chief technology officer. "Part of that is a re-energizing of our programming lineup." ME TV would like to expand its coverage to include film and segments on what Kettler referred to as "the Austin lifestyle," with a goal of gaining syndication for its 52-episode ME Live From Austin series, the more recent tapings of which featured John Hiatt, Suzanna Choffel, and the Band of Heathens. The station has new content rolling out in July, including a documentary on Jerry Jeff Walker. Stay tuned.

Sire Records co-founder Seymour Stein has revived the UK label Blue Horizon Records in partnership with NYC-based digital distribution company the Orchard. His flagship signing? The Black Angels (see "I See Dead People," May 9, 2008). The local psych snipers' third LP, Phosphene Dream, is set for release in August. The Angels' latest collaboration with Unkle, "With You in My Head," also nabbed a spot on the soundtrack to The Twilight Saga: Eclipse, whose first two installments pushed a combined 3.6 million copies. "It really feels like our work is starting to pay off," enthuses singer Alex Maas.

Rock of Love: This weekend's Republic of Texas Biker Rally rivals the glory years of L.A.'s Sunset Strip. Celebrity Apprentice's Bret Michaels headlines the Travis County Expo Center on Saturday, June 12, while Adler's Appetite, featuring Guns n' Roses' Steven Adler with members of Quiet Riot and Faster Pussycat, greases up Republic Live Downtown on Friday, June 11. In between Vallejo and L.A. Guns, Dee Snider of Twisted Sister sits in with Austin's Grady at Sixth Street and Congress on Friday and leads a March of Dimes benefit ride on Saturday morning that rolls out of Hardtails in Georgetown at 10am. www.rotrally.com.

According to drummer Erik Conn, imitation is the "ultimate flattery" for Austin's Those Peabodys, the subject of the new tribute act, Bros Peabodys, debuting at Hole in the Wall on Saturday, June 12. "This guy Kevin Gately and a couple of his friends were always at our shows, upfront air-drumming and hootin'," relays Conn, who opens with his twopiece improv wrecking crew the Vitamins. "I asked Kevin what era set lists they were doing, and he didn't really say much besides 'the usual hits.'" 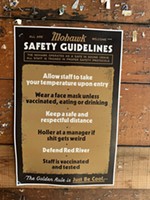 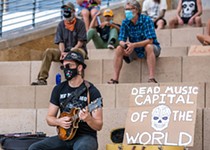 Faster Than Sound: It’s Now or Never for a Music Venue Preservation Fund
When will the city of Austin give music venues aid to preserve their so-called ‘Live Music Capital’? 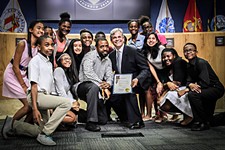 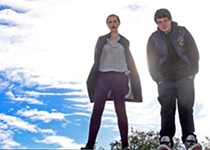