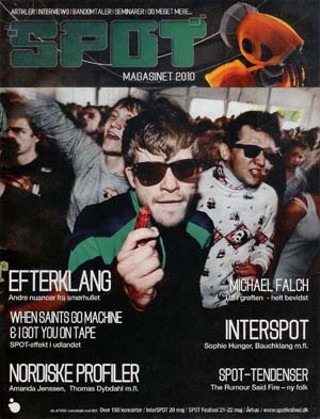 Århus, Denmark, bears a passing spiritual resemblance to Austin, Texas. It's a vibrant waterfront town with a lengthy history (founded in the 1100s by Vikings) and a local university that refreshes the youthful population annually. It's a conscientious and clean town, and its student population makes it ripe for entertainment and music.

Welcome to the SPOT Festival.

It's been 17 years since the first SPOT marked Århus as a place for developing music in Denmark. Festival President Gunnar Madsen figured if CMJ and South by Southwest could make music matter in new ways in the States, there must be a place for it in Northern Europe. So the SPOT Festival has played out like most festivals, a combination of showcases with bands and performers and seminars conducted half in Danish, half in English, including one on digital media led by St. Edwards' Russell Rains. Notably, SPOT Festival 2002 is where Rolling Stone's David Fricke saw the Raveonettes, giving the Danish indie rock duo an international thumbs-up.

SPOT's intimate focus is reminiscent of early-1990s SXSW conferences, pre-cell phones. Amid balmy temperatures, about 4,500 festival attendees roamed the Musikhuset festival site in midtown Århus, with approximately 130 bands playing over two days in late May. The 2010 panels took a different tack with one focused on Austin, and a discussion with Jim Butler from the city of Austin's Economic Growth & Redevelopment Services Office on developing a relationship between the two scenes was met with great interest. No swag bags, though. 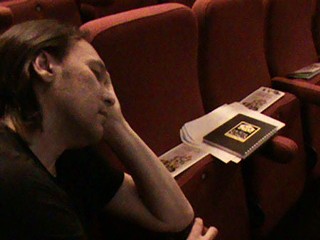 Danish rock has never been clearly distinguished in America, or within Austin's music community, which has often fostered international musicians over the years. When it leans toward Western rock, it's largely derivative. Sometimes that made for charming performances, like all-girl Danish trio Darling Don't Dance. With clear influences from the Breeders and Sleater-Kinney with a touch of Hole, they nonetheless delivered a delirious swirl of Euro-lined alt-rock. The mono-monikered Falullah, whose dance music is layered with Balkan beats and an exotic air, was another buzz name.

The connection between Århus and Austin wasn't simply business. A group of Austin songwriters had flown to Denmark earlier in the week to meet and co-write with Danish musicians. Sequestered at Engelsholm Castle near Bredsten for three days, Troy Campbell, Scrappy Jud Newcomb, Danny Malone, Matt the Electrician, and Nathan Felix, who also performed as the Austin Five, communed and produced music with a Scandinavian collective that included Danish artists Anna Bell, Ida Wenoe Bach, and Vibeke Falden; Lara Runarsdottir and Johan Kristinsson from Iceland; Norway's Therese Aune; and Brandur Enni from the Faroe Islands.

On Friday of the festival, they filed onto the Lille Sal theatre to perform the collection of newly written songs, billed "Nordic Cowriters." The format had a band camp quality, as groupings of two to four musicians switched out between songs. Put a group of songwriters together, and they will write. It's creative experimentation that's guaranteed at least nominal results. 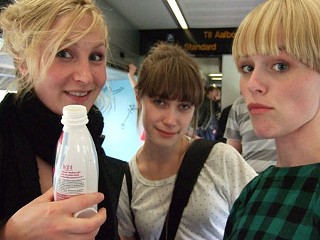 There was a cabaret quality to many of the songs, as European influence is to be expected. The trio of Matt the Electrician, Brandur Enni, and Nathan Felix opened with a jaunty number about waiting on girls from Stockholm and Oslo, punctuated with dual trumpets. The line "My new best friend" became Matt's running gag, but when Denmark's Vibeke Falden led a trio that included homeboy Campbell and Enni through a song called "Constellations," the magic occurred, a stardust descending over the full theatre. The trumpet, acoustic guitar, and electronic keyboard imbued it with unexpected beauty, wrapped in Falden's gorgeous voice, an ocean-strong instrument guided by the stars.

And isn't that what you want from music, to be tripped into that light fandango when you least expect it? The electricity continued with other combinations – Malone with Bell and Kristinsson, Bach with Campbell – then came a quartet featuring Runarsdottir with Campbell, Newcomb, and Matt the Electrician. "Gather Up Your Ghosts" warmed like a tango-beat Broadway duet, with Runarsdottir's sleek blond bob at the grand piano and Campbell stalking the stage like a caged tiger. It was unexpected drama that worked on every level.

Likewise, Falden with Newcomb and Kristinsson performing "Longest Day of the Year" generated more evocative imagery and dreamy melody. "This is my new best friend from Iceland," Matt the Electrician joked as he introduced Runarsdottir and Newcomb for a rootsy duet. For the finale, Aune, Matt the Electrician, and Felix were joined by the rest of the musicians, who raided the stage and danced in delight. 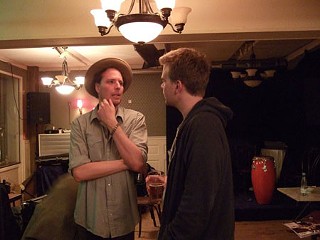 The camaraderie was charming, and it was easy to see where dynamics played out. For Campbell, this is an extension of his House of Songs project, the ongoing effort that brings Nordic songwriters to Austin for two-week intensives that include composing, co-writing, recording, and performing. For Vibeke Falden, already established as an electronica artist in Denmark, it was an "intense and amazing" exchange of ideas and thoughts, inspiring her to book Austin dates later this year.

SPOT Festival names among its goals "developing international networks through exchange of concerts and cultural and commercial experience," and to that end, the Nordic Cowriters were a complete success. The festival, with its eye on how Danish and Nordic music markets fit into the bigger picture, is way ahead of the game. Austin's found a new best friend.