Not since Fastball has an Austin artist received a major label boost on par with Alpha Rev. After signing last year to the same Disney offshoot, Hollywood Records, the local septet has appeared onscreen in ABC Family's Greek, toured with Third Eye Blind, and been featured on VH1's You Oughta Know: Artists on the Rise series. The band's label debut, New Morning, appropriately recalls the soundtrack to a straight-to-video teen drama – predictable, overproduced, with a vague inspirational message. At New Morning's best, lead single "New Morning" distills Coldplay and the catchy "Face Down" dials in the Police. Former Endochine frontman Casey McPherson has an impeccable range, and the arrangements are more cohesive than 2007's The Greatest Thing I've Ever Learned, but the lyrical content is generic drivel of the Hoobastank variety, painfully apparent in the piano ballad "Colder Months," overwrought "Get Out," and "Phoenix Burn." In other words, Alpha Rev is going platinum. 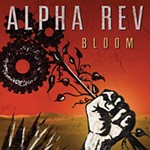 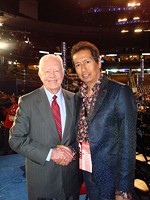