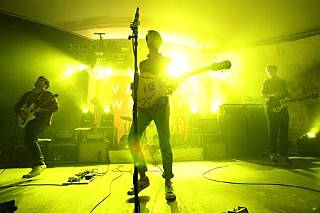 
"We all grew up with some hardships, but now we're here," winked Vampire Weekend's Ezra Koenig as he prefaced "Cape Cod Kwassa Kwassa" with a knowing smile. After two acclaimed albums in three years and near-constant touring, the Ivy Leaguers have become a tight, confident unit that's learned to shrug off attacks on its privileged pretension and cultural appropriations. To wit, the band took the stage to DJ Kool's "Let Me Clear My Throat" and branded the sing-along section of "I Stand Corrected" as "part one of our corporate trust building exercise," but more importantly, delivered a perfectly paced 75-minute sold-out set that unpacked nearly every song in its terse catalog. The contrast to VW's last appearance at Stubb's, anchoring the Spin party at SXSW 2008, couldn't have been more night and day. Then, the Columbia graduates looked like a Dockers ad – rigid and a bit lifeless, with a wardrobe of polo shirts and boat shoes. Now, it's almost as if the quartet has become the ultimate boy band. With governor's hair and an irresistible knack for melody, Koenig works a crowd with his eyebrows alone, contorting his face and rising to his tiptoes for lilting opener "White Sky" and "One (Blake's Got a New Face)." Keyboardist Rostam Batmanglij – presenting compositions with Austin's Golden Hornet Project and Tosca String Quartet at the Alamo Drafthouse at the Ritz on April 26 as part of this year's Fusebox Festival – added classical wonderment with the swirling, tinned horns in "Run" and a brief duet on M.I.A.-sampled "Diplomat's Son." Heartthrob Christopher Tomson controlled the tempo behind his kit, revving up the jittery reggae-ska spunk of Contra's "Cousins," while Chris Baio transitioned to stand-up bass for the serene "Taxi Cab" confessional. When the four lock into gear, as on the crisp, Afro-pop of "Holiday" and closing couplet "Campus" and "Oxford Comma," Vampire Weekend is impossible to deny. 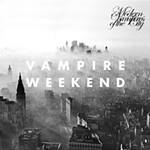 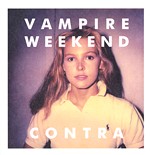