The future of the Cactus Cafe may belong to the highest bidder. Texas Union management is considering an operating model that would allow a third-party contractor to run the venue's bar and booking operations, with occasional programming provided by various student organizations. UT administration is actively seeking a way around an IRS rule that prevents any more than the currently allotted 10% of Union space from being operated by outside vendors.

"All of the models are being fully explored by legal so that we fully understand what the implications are," confirms dean of students and Senior Associate Vice President for Student Affairs Soncia Reagins-Lilly, who declined to comment on personnel issues involving the Cactus.

The move isn't surprising, given that University Unions Executive Director Andy Smith oversaw the privatization of the Union during a similar "budget crisis" in the early 1990s, a move that required the administration to unilaterally overturn a student referendum against the measure. This new/old route wasn't a part of any of the three proposals submitted to the Texas Union board for consideration on Feb. 29 and contradicts Smith's original claim that the Cactus would go back into the Union's inventory of rooms. While both the Graduate Student Assembly and Student Government passed resolutions calling for some form of representation in the process (the latter was vetoed this week by outgoing SG President Liam O'Rourke), the decision resides entirely with the office of Vice President for Student Affairs Juan González.

"It became clear to me that a model had already been decided upon by the administration," says local attorney Reid Nelson, who withdrew on Friday from a seven-member task force that was meeting weekly with administration officials to discuss the proposals. Nelson, on behalf of the nonprofit Friends of the Cactus Cafe, which has raised more than $23,000 to support the venue, pushed for a 12-month trial period that kept current Cactus operations the same but added enhanced access for students in every capacity.

"Keeping current staff in place was not going to be discussed," adds Nelson.

On Tuesday night, however, UT officials outlined three distinct proposals: the aforementioned private model, "a self-operating model by which a University office oversees the Cactus Cafe program, as it is currently managed," according to the official UT blog (blogs.utexas.edu/cactuscafe), and finally, a split programming venture between KUT Radio and student organizations, which doesn't explicitly eliminate the possibility of a third-party vendor.

"We don't have a specific plan, but it's very exciting to be a part of more traditional Cactus programming from a content and community point of view," relates Stewart Vanderwilt, station manager of KUT, which has been digitizing its Live at the Cactus series from the late 1980s and early 1990s. "We're optimistic, but we're not driving the decision process."

González is hosting an open forum on Wednesday, April 21, at 4:30pm to solicit community input before presenting a decision to the Texas Union board on April 30.

Following last year's breakthrough, Pachanga Latino Music Festival is expanding to two days at Fiesta Gardens, May 21-22. According to promoter Rich Garza, the fiesta will open with an evening-only affair with some upscale dining options, while the Niños Rock Pachanga stage returns on Saturday. There's no shortage of talent on board, with another smoldering cauldron of contemporary locals (Brownout, David Garza, Hacienda, Amplified Heat) and more traditional acts (Tortilla Factory), spiced with national attractions like Tejano crooner Bobby Pulido, Colombian cumbia-psych duo and recent South by Southwesters Bomba Estéreo (see Simón Mejía's Fest diary, "My SXSW," March 19), and Tucson's Y la Orkesta. "This band is like the bizarro Grupo Fantasma who plays mambos instead of cumbias," says Garza of the latter. "Their guitar player Brian Lopez is doing a solo set too. He's like the Chicano Jeff Buckley." Elsewhere on the festival circuit, C3 Presents announced the lineup for Lollapalooza this week, once again at Chicago's Grant Park, Aug. 6-8. Buried beneath the expected top tier of Soundgarden, Green Day, and Lady Gaga are a few local surprises: Harlem, Wolfgang Gartner, DJ Mel, and C3's newest client, the Band of Heathens. Likely holdovers for Austin City Limits Music Festival, Oct. 8-10, include Arcade Fire, the Black Keys, the National, and Cut Copy, while word on the street during SXSW pointed toward Muse as a possible headliner.

Don't expect New West to reissue Alejandro Escovedo's Gravity anytime soon. Mere weeks after the Americana label won the bankruptcy auction for the assets to Antone's Records, Texas Music Group, and Texas Clef Entertainment Group, Judge Craig Gargotta of United States Bankruptcy Court, Western District of Texas, abated his decision, following a series of motions filed by the legal representative for TCE's James Heldt, and ordered the debtors and creditors to undergo mediation on April 19. If no agreement is reached, the case will go back to court for the remaining motions, which include a request to reopen the bidding in light of Heldt's upped ante ($300,000) before the terms of sale return to confirmation hearing.

At this rate, the court outcome may be affected by the concurrent lawsuit filed by the estate of late yodeler Don Walser, which is scheduled to be resolved May 12-14. That suit, which has been delayed since November 2008, attempts to "pierce the corporate veil," suing those three local music corporations listed above and the individuals responsible for them – Randy Clendenen, Heinz Geissler, and Heldt, respectively – for fraud and breaches of contract and fiduciary duty. The Walser estate seeks past due royalties from Watermelon Records (see "Going for Broke," June 18, 1999) and, in lieu of payment from Texas Music Group, the rights to the master recordings. Ironically, the dispute is estimated at $300,000.

Not unlike the folks in neighboring Studio 6A, UT's student-run radio station KVRX 91.7FM is raising funds dedicated to a digitization project for its essential Local Live series with a benefit at Karibu (1209 E. Seventh) on Friday with Sunset, Reverse X-Rays, Zorch, and What on Earth?. Those doubting the cause need look no further than the station's latest comp, which features in-studio cuts from Fucked Up, Titus Andronicus, and Crystal Antlers, along with locals T Bird & the Breaks and the Eastern Sea.

Austin's the Bright Light Social Hour landed two of the more interesting gigs this weekend. The promising indie-pop outfit performs alongside L.A.X. and Carolina Liar at St. Stephen's Episcopal School on Saturday, following a lacrosse shoot-out between UT and Texas A&M, then bounces over to Adult Swim's free block party outside Emo's on Sunday with the Fiery Furnaces, 6-10pm.

Shortly before his unexpected death in January, local political consultant and one-time drummer Kelly Fero oversaw remastering of the lone album he made with his Argentine teen-pop group Schibbinz, 1968's Livin' Free. Absurdly rare in LP form, the album – a mesmerizing collection of starry-eyed pop jangles, Preflyte-era Byrds harmonies, and Western surf instrumentals – was recently issued on CD by Guerssen Records with three previously unreleased tracks and will likely spur a few flashbacks for fans of Texas' first wave of psychedelia. 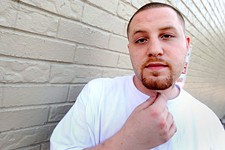 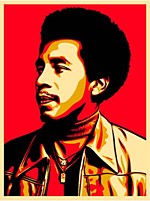