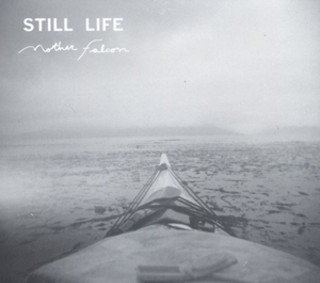 
Credited with 15 members on this debut five-song outing, including four violins and three cellos, Mother Falcon has risen to the forefront of the local youth movement with good reason, the generation of hand X-ers delivering richly ensembled pop that proves enveloping and dynamic. Multi-instrumentalist Nick Gregg leads the formation with a gently fluxing tenor that barbs against Claire Puckett's contrast, the two tentatively flirting through verses on opener "Marigold" atop a bed of lush strings. "Is this love, I don't know, but tonight I'm going to find out," they close in harmony, rivaling Stars in sentiment and sound. "Tokyo Rose" floats in Andrew Bird's draft, while "Her Radiant Limb" flaps flurried movements that would benefit from more than three minutes. "To Mama" is rightfully given more room to expand its airy swoon, and five-minute closer "Faint Green Light" courts chamber folk in charming swells. Credit the Canadian collectives for sure, but for all the touchstones of Broken Social Scene and Arcade Fire, Austin's followed suit suavely with a homegrown indie orchestral wave from the likes of the Noise Revival Orchestra to the Tiny Tin Hearts. Mother Falcon may outsoar them all.