"Good evening," leered Dave Mustaine after warming up Megadeth 2010 ("She-Wolf," "In My Darkest Hour," "Skin o' My Teeth"), a sold-out Stubb's having already peed itself. "We all know why we're here, right?" Well, not all of us. Metal's Big Four warhorse followed the example of top seeds Metallica, which Mustaine was fired from in 1983, and Slayer last fall by delivering a return to its 1980s thrash forefront form, Endgame (Roadrunner). Already, two of the L.A. fourpiece's pioneering peers had here proved their old-school worth. Bay Area openers Exodus, anchored by founders Gary Holt on stage front guitar and drummer Tom Hunting, held hard and fast behind vocalist Rob Dukes exhorting Reagan-era mosh pit values such as "A Lesson in Violence," from the quintet's 1985 bow Bonded by Blood. The dust cloud raised by gleeful underage circle jerks rivaled Austin City Limits Music Fest 2005. Northern California neighbors Testament stole some of the headliner's thunder in bulking up an hourlong set with choice slabs from its own debut, 1987's The Legacy, first shooter "Over the Wall," "Burnt Offerings," and closer "Apocalyptic City," all without the aid of guitar god Alex Skolnick, AWOL from this tour, rototilled no less heavy monumental by Chuck Billy on alpaca mane and old-school throat and the mammoth beatdown of Paul Bostaph (ex-Exodus/-Forbidden/-Slayer). Billy's smile remains a metal miracle. So was Megadeth's 20th anniversary tour for its single greatest recorded feat, 1990 nitroglycerine Rust in Peace. Where Endgame would've supported this end run of "Head Crusher," "The Right to Go Insane," "Symphony of Destruction," closer "Peace Sells," and then some, Rust in Peace from beginning to end at the heart of Megadeth's 90-minute air raid proved metallurgic manna from heaven and hell. "Hangar 18" and "Take No Prisoners" galloped at their platter's machine-gun pace, Mustaine's furious fretwork equal to the task, and "Five Magics" fired on all five greased-lightning cylinders. Bassist David Ellefson's pulsation throughout "Poison Was the Cure" matched his stamp on the original LP, and Mustaine's ripping "Tornado of Souls" left not an ear hair standing. Die with a smile. 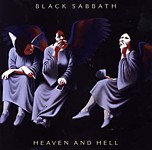