Big Star is probably the most influential American band of the 1970s, despite releasing only three studio albums beginning in 1972. Alex Chilton, Jody Stephens, Andy Hummel, and the late Christopher Bell have inspired the likes of R.E.M., the Replacements, Primal Scream, Kurt Cobain, and Robyn Hitchcock. Millions have heard the Bell/Chilton composition "In the Street" as performed by Cheap Trick on That '70s Show.

Myth No. 1: Alex Chilton is responsible for the Big Star sound.

The reality is that it was more or less a band of equals, and it was a pre-existing band when Chilton, who had a No. 1 hit with "The Letter" in 1967, joined. Big Star's "sound" was always more Bell's than Chilton's. And in truth, if you listen to their three albums, it's almost as if it were three different bands (which they were). As Memphis legend Jim Dickinson told me for years, a case could be made that the Big Star sound really came from producer Terry Manning, who served as mentor to both Bell and Chilton.

Myth No. 2: Big Star was the first power-pop band.

Listen to Big Star's second album, 1974's Radio City: They were as influenced by early prog rock as by the Beatles. Often overlooked is the fact that Manning's production of Led Zeppelin III may well have influenced the electric/acoustic sounds on Big Star's debut, '72's #1 Record. Equally overlooked is that once Bell left and Big Star became Chilton's band, they became the direct progenitor of punk rock.

Think about it: They were loud, snotty, arrogant; wore rumpled street clothes and unkempt hair; and played short, catchy, loud-as-hell teen rock music. Drummer Jody Stephens, the only member of all three Big Star incarnations, sees the music as having elements of pop and rock, but also a soul music influence.

"The main thing about those songs were the lyrics, but more importantly the way those lyrics were delivered," he explains. "Alex and Chris were really soul singers."

Dickinson adds another note: "Jody Stephens and Alex Chilton were/are simply rock stars by any definition of the word."

It's been 30 years this spring since I saw Big Star at the Overton Park Shell in Memphis, one of the few shows they played. I was 20, and the show and their albums became all-time favorites. I know fans that weren't born when the band was together yet have Big Star tattoos.

Big Star affects people like that. Very few have seen them play, and since once and future Posies Ken Stringfellow and Jon Auer joined the band in 1993, they're better live than ever. And about to record a new album, making them the biggest unsigned band playing SXSW '04. 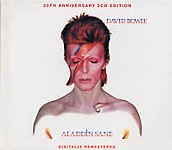