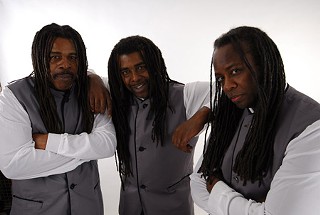 Dannis Hackney, Death's drummer, hoots too. Vermont, where Bobby, Dannis, and David Hackney relocated in the late-1970s when simply the name of the siblings' trio ran them afoul of the music business, proved a long way from Michigan. Death's conceptual center, guitarist David Hackney, who died of lung cancer in 2000, eventually returned to the Motor City.

"He just kind of got homesick," recalls Bobby. "And also, you got to understand, Death had gone through a lot of rejection, man. We didn't know we were borderlining on a new sound. We were just trying to play straight-ahead Detroit rock & roll like any other good rock & roll band back in the Seventies."

Try good ol' proto-punk, like hometown heroes the Stooges, MC5, which finally saw the light of day last year on Drag City's ... For the Whole World to See, 26 minutes of overall "Freakin Out" from 1975, Love meets revolution. Bobbie Duncan, a veteran of the Hackneys' reggae band Lambsbread in Jericho, Vt., where the brothers' families share a home, fills shred duties ("I think that David found him some skin on Earth," offers Bobby).

"You asked about the Motown connection," says Dannis. "We really dug Motown music and went to all the great Motown revues and everything. But because people thought that because we were black that we were supposed to be like Motown, that drove us harder into rock & roll, because we wanted to be different." 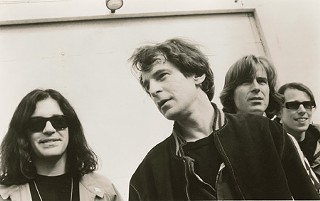 "And not only that," adds Bobby, "people would always tell us, 'Why don't you guys play Earth, Wind & Fire or play the Isley Brothers or play James Brown?' and that would just make us want to be harder edged, man – to play rock & roll. We were determined to play this music because we enjoyed it so much."

Dannis: "The speed and the anger in the music is our determination, saying, 'We come from Motown, but take this.'"


"We were just kids in a fantasy land called Ardent Studios. And seemingly out of nowhere, some creative spirit took hold, and all these riffs and songs and melodies just poured out."

That's how musician/producer Jody Stephens, a founding member of the seminal Memphis-based power-pop band Big Star, recalls the early days. The year was 1971, and the 17-year-old drummer had been invited to play with Alex Chilton, Chris Bell, and Andy Hummel at Ardent, where the band recorded its first three albums.

As any self-respecting student of indie rock knows, the fantasy didn't last long. The quartet received widespread acclaim and decent airplay (notably in New York and Boston), but distribution snafus kept Big Star's first two records, #1 Record and Radio City, released in 1972 and 1974, respectively, out of the spotlight. By the time Big Star recorded its third album, Third/Sister Lovers, both Bell and Hummel had quit – Bell for a solo career and Hummel to return to college to pursue a career in engineering.

"Chris and I were best friends in high school, best friends in college, and best friends in the band," remembers Hummel, who moved to Texas in 1978 to work at Lockheed Martin; Bell died that same year in an auto accident. "What a talent that guy was."

Nearly 40 years later, those early Big Star LPs, cited by an array of musicians from R.E.M. and the Replacements to Ryan Adams, have been remixed by Ardent founder John Fry. Commemorated along with miscellaneous solo tracks and live versions, the collection came out last year as a definitive box set, Keep an Eye on the Sky (Rhino). In addition to periodic Big Star concerts through the years with the Posies' Jon Auer and Ken Stringfellow filling in (including SXSW a few years back), Stephens recently formed a new band, Star & Micey (Thu., 9pm, Barbarella), with a rotating crew of Ardent musicians. He also just finished a deluxe edition of the Chris Bell solo project I Am the Cosmos (Rhino Handmade).