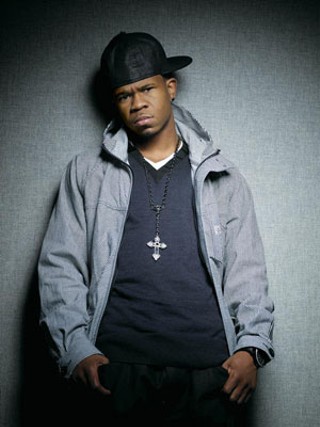 
As UGK was "Big Pimpin'" with Jay-Z, Chamillionaire and Paul Wall of the Color Changin' Click became punch-line kings of the Dirty South. The duo's Get Ya Mind Correct (Swishahouse) in 2002, not to mention its Chopped & Screwed complement twisted by DJ Michael "5000" Watts, is a definitive document of the syrup-coated Houston rap scene, a stunning ode to candy paint and 24-inch rims that, without cameos or major distribution, pushed more than 200,000 copies.

"We were running the underground in terms of mixtapes and freestyles," recalls Paul Wall. "That chemistry we had was just something from growing up together. We saw each other every day, and our music was a reflection of that, especially in the way we were performing."

The People's Champ and the Mixtape Messiah, as Wall and his childhood friend are known respectively, parted ways not long after and jumped to the majors. Wall shined his platinum grill on Mike Jones' Swishahouse anthem "Still Tippin'," while Chamillionaire picked up a Grammy for 2005's The Sound of Revenge. The former's latest H-town stunner, Heart of a Champion (Asylum), featuring Jim Jones, Devin the Dude, and Slim Thug, drops this summer even as the latter builds serious anticipation for his long-delayed third Universal LP, Venom.

"Timing is everything for me, especially," Chamillionaire stresses. "I'm looking at the history of Houston rap. We've lost a lot of people – Pimp C, [Big] Hawk, DJ Screw – the whole culture of Texas has changed. I used to always see this pride, like 'F you, I'm from Texas: the home of Slim Thug, Paul Wall, and Swishahouse.' Over the years, I've seen it change. This is the best way to touch everybody before we drop these records. We can ensure success."

"When you're playing with the best," says Wall, "it makes you play the best." – Austin Powell


Nas knows the perils of fame.

"Comedians, they get money and lose their funny; athletes get millions and don't show up," the 36-year-old New York City native charges. "Rappers, we go from barbecues in Manhattan to Mr. Chow, or some of us do. The rest go from barbecues to White Castle."

Fully aware that a table at Mr. Chow necessitates sustained relevance, Nas has spent much of the past decade finding new inspiration for his albums. He played Street's Disciple in 2004, eulogized the art form that raised him two years later on Hip Hop Is Dead, and 2008's Untitled took aim at the stereotypes that plague his race.

This round Nas turns his focus toward worldwide humanity. With Damian Marley, he's in the midst of finishing Distant Relatives, an album the two hope will shed light on the struggles Africans face.

"When you go to war, you're fighting a brother," Nas professes. "The continents got made by earthquakes, and it split people apart hundreds of thousands of years ago. We're all cousins and relatives in a way."

Distant Relatives, due in May, finds Nas and reggae scion Marley working in a completely collaborative capacity. Two tracks already released, "As We Enter" and "Strong Will Continue," are marked by a balance between Nas' epic New York City style and Marley's Tuff Gong leanings.

"We tried to incorporate all kinds of sounds onto the album," spits Nas. "Reggae, hip-hop .... We have African artists on there, like K'Naan. He gives his perspective on a song called 'Tribal War.' We have three different types of cousins on there: I'm representing the American, K'Naan represents the African, and Damian represents the islands. We're bringing it all together like family." – Chase Hoffberger

Given the decampment of comedians to indie labels recently, it's only fitting that Brian Posehn would find favor with Pennsylvania's metal sanctuary Relapse Records, whose showcase he tickles with his long-awaited sophomore effort, Fart and Wiener Jokes. The former Mr. Show writer and actor proves he's "More Metal Than You."

"More Metal Than You": "A lot of metalheads instantly have this common bond, but then there's also guys that are just douche bags from the second you meet them. They think they're more metal than you, and they're instantly questioning you about your metalness and how hardcore you actually are. I've had guys over the years make me jump through hoops. It's a concept that's been in my head for a long time, but last year this thing happened where I met this guy in a band I liked in the Eighties. I said, 'Hey, I liked your old band,' and he said, 'Oh yeah, name five songs.' Here I am a grown man, and this guy makes me feel like a little kid, testing my metalness."

Spinal Tap: "When I was a kid, I hated it. At the time, I thought they were making fun of Iron Maiden, and they kind of were, but they had a bunch of targets. Metal is something that when you're into it, especially when you're young, you're so sensitive about it. No one can make fun of it unless they are metal. Spinal Tap to me felt like outsiders to it. Now I love that movie."

Slayer: "When you're out drinking with your friends, it's okay if one of your buddies blows you. It's not gay at all as long you yell 'Slayer' during it. My argument is that Slayer is so metal that it nullifies any homosexuality. It's just two dudes hanging out. It's a bro job." – Austin Powell