Growing up the son of an Army drill instructor virtually defines the concept no picnic. Harder still was the DI himself, stationed at Fort Jackson in South Carolina.

"When my father came up, it was very difficult to be an African-American in the U.S. Army," states Jeff Lofton with a hard smile. "So, for him to have made drill instructor, and to have garnered the respect of the people, he had to be pretty tough. Not to mention making it through two wars – unscathed pretty much. He was a Bronze Star recipient."

Sitting in a plush corner of the Hotel Saint Cecilia bar one misty January morning, the local trumpet player warms the cool 1950s vibe of the empty room with his ever-genial current.

"At home it was pretty intense. Not as tough as you might imagine, because he was actually getting out of it, so it wasn't as bad as it might have been if I was ...."

He thinks for a second.

Was it bad for your brother?

"Ummm, probably not, because he followed instructions," laughs Lofton. "We learned quickly to follow instructions. We were very well-behaved and disciplined kids."

"That was the other thing about my dad," adds Lofton, vetting his father's "great" singing voice. "He could do so many things. He took advanced thermodynamics without any real background in it and passed. It really showed me something even though it wasn't always enjoyable growing up. It gave me the ability to learn trumpet – to stay with it, to practice, to listen to hours and hours of music and do the things it takes to become a professional musician."

That decision was made for the trumpet player as a senior in high school, where he'd planned on becoming a physics major, and, eventually, either a physicist or engineer. Taking honors courses in chemistry, Lofton was in line for an analytic, left-brain life, except he was starting to write classical compositions without any real training – like father, like son.

"It came to the point where there was no choice in the matter," shrugs Lofton, 43. "I had to study music. That caused a bit of conflict."

DI must have freaked.

"There was some consternation, yeah definitely," laughs Lofton. "He grew up in the Depression, I mean literally – in Mississippi."

"When we were little – little kids – they would get all the cousins together, put some music on, and have a dance contest. Everyone would come up and do their steps; 'Oh, he looks like Michael Jackson.' That was just a totally normal part of our culture. No one thought about it. It's just like, 'Everyone dances.' Everyone understands basic concepts of where 'the one' is in the beat," chortles Lofton. "The whole James Brown thing of 'on the one'? Well, of course it's on the one. Where else is it going to be?

"Well, unless you're swinging, and then it's on the two and four."

Impossible to say where said grounding resides in free jazz – the chaos theory of the genre – but the Papa Jazz Record Shoppe in Columbia, S.C., where Lofton was enrolled at the university, offered multiple answers: Art Ensemble of Chicago, Cecil Taylor, Ornette Coleman. The 1980s dawned with Lofton's band the Fellas – the name borrowed from Spike Lee's School Daze – piling percussive mash-ups atop acoustic bass, electric piano, trombones, and a clarinet mouthpiece attached to a piece of copper tubing. Voilà, do-it-yourself bass clarinet!

"So that was my early musical training," recounts Lofton. "I started off as a free player and worked my way back to bebop and the cool school and all those things, because, in a lot of ways, that stuff was just too hard for me to play at that time.

"I got into bop when I felt my chops were more up to it. I was ready to sit down and study this music the way it needs to be studied to play it. That's why I didn't play out much in my 20s and 30s, really playing like a lot of people do. I felt like I needed that time to develop my sound, develop my playing, before I even presented it to somebody. Took me a while."

Relocating to Dallas in 2002 for his first wife's career brought him most of the way to the Texas state capital, and her settling here with the couple's now 8-year-old daughter after their divorce bridged the rest. Jeff and his current wife, local publicist Dean Lofton, moved to Austin from South Carolina three years ago, the two having played together in the same high school horn section.

"Trumpet playing is real linear as opposed to piano playing, which is very horizontal in a sense, because you're creating chords. You've got multiple notes, whereas with a trumpet you go high to low," explains Jeff. "One of the things I try to do musically as a player is to take the concepts of the keyboard, things McCoy Tyner does or Art Tatum – especially Art Tatum and Oscar Peterson, and of course Bud Powell – that are multiple concepts, and put it into a linear instrument; see how I can make that linear sound seem multiple.

"[Coltrane] does that too, when he does the whole wall of sound thing. Part of the wall of sound is not merely to get as many notes in a measure as you can, but to create a multilayered sound that resembles a multisound instrument. That's what 'Trane's doing. 'Tranian concepts are based on what happens with a piano player. That's what I'm trying to achieve when I do things like 'Mouth of Gabriel.'"

Typical for Lofton, "Gabriel" blows its horn from the heart, not the head.

"Why do I like Lester Bowie more than I like Don Cherry? Because he's more lyrical. It's that simple. Bowie can play some beautiful stuff over some of the sweetest things you've ever heard. That's as big a part of music as anything else, because without that you can't express the emotional side of the music. It's the lyrical part, the melodic part that allows the emotion to come across to other people.

"I listen to Miles [Davis] a lot obviously, and one of the greatest things about Miles is how he approaches playing softly. Anybody can get Dizzy Gillespie, playing up here. Anybody can get Freddie Hubbard. It doesn't take much to understand what Maynard Ferguson is doing. We know this. Everybody gets it as soon as they hear it.

"But Miles playing 'My Funny Valentine,' when the audience says: 'Huh? What did he do?' I want that. I appreciate Lester Young when he's playing a ballad and all you hear at the very end is his breath. Or Dexter Gordon when he's just about to play a note and you hear that whoosh come in, that softest little sound. I pride myself in being able to play as loud as anybody, or as soft as anybody.

"I love beautiful lyrics. When I play a ballad, I'm not thinking about the notes I'm playing or the chord structure. I'm thinking about the rendition of Johnny Hartman singing it so that I can try to sound like him – that I can sing through the horn. If I'm playing 'My One and Only Love' or 'My Foolish Heart' I can't not think about Johnny Hartman. I can't not think about Sarah Vaughan if I play 'Misty.' That's hugely important in getting an audience to listen to you. If you want them to listen to how much technique you have, then you damn sure better play a ballad somewhere in there."

Ever play a ballad and hear your father singing it? 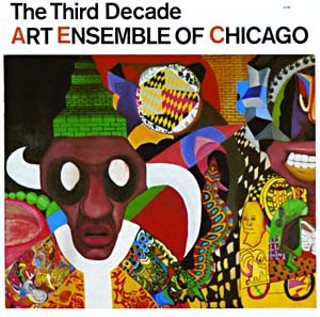 Jeff Lofton's 1950s Miles Davis Tribute, featuring compositions and interpretations made famous by the Miles Davis Quintet, including selections from Kind of Blue, blows down the One World Theatre, Saturday, March 13, 8pm. www.oneworldtheatre.org.