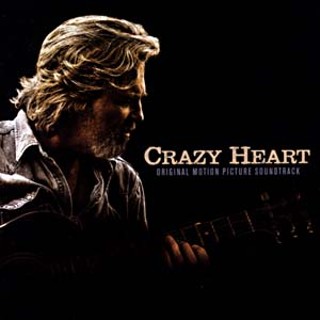 
"It's all magic." That's the phrase the late Stephen Bruton used in September 2008 to describe working on the set of Crazy Heart, and with good reason. Actor Jeff Bridges embodies his role as an original outlaw songwriter – confident, crooked, and hardened with time. Paired with Bruton's lyricism, co-producer T Bone Burnett's saturated Americana backdrop, and Joel Guzman's accordion brushes, Bridges notches a Tex-Mex trifecta starting with opener "Hold on You" that bodes well against Burnett's other soundtrack selections, including Townes Van Zandt ("If I Needed You"), Waylon Jennings ("Are You Sure Hank Done It This Way"), and Lightnin' Hopkins ("Once a Gambler"). The actor's take on rustic honky-tonk original "I Don't Know," co-written by Bruton and Burnett, actually trumps that of ringer Ryan Bingham, though the latter's dusty theme song "The Weary Kind" captures the film's scope better than Springsteen's "The Wrestler." Bingham's local Dead Horses rip through the roadhouse boogie "Somebody Else," and even Colin Farrell excels in Nashville single "Gone, Gone, Gone." It's magic all right, and a fond final tribute to one of South Austin's finest.