The Live Anthology, a career-spanning Tom Petty collection (1978–2007), comes in enough formats to please fans of every stripe. The basic 4-CD, 48-track minibox and the 51-song, 7-LP vinyl set will please most, but if you need the full Heartbreaker experience, go for the deluxe box with an extra CD (upping the track total to 62), two DVDs of unreleased material, a vinyl pressing of the Official Live 'Leg bootleg from 1976, and a Blu-ray disc that contains all the material on the CDs in both stereo and 5.1 surround sound, plus posters, a large format book, and other memorabilia. Fanatics can visit the Anthology website, where there's even more content. Others have released similar live collections; Bruce Springsteen and the Grateful Dead come to mind, and like those endeavors, Anthology exposes the Heartbreakers' range and influences. While some may quibble that the set isn't chronologically ordered, that makes each disc more like a concert unto itself. All the hits and some deep cuts are present and accounted for, but the covers are the most interesting, from the obvious (the Byrds' "Ballad of Easy Rider," Thunderclap Newman's "Something in the Air") to the unexpected (Van Morrison's "Mystic Eyes"). On one of the DVDs, 400 Days, a previously unavailable document filmed during the making of 1995's Wildflowers and the resulting tour, Petty perfectly describes the band's enduring attraction: "There's really not more to us than what you see and what you hear. We're not trying to deliver any hidden messages. It's all really obvious. We're just trying to make good music." 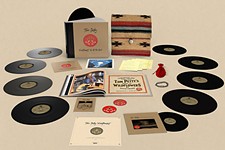 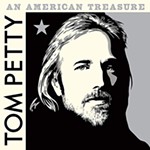