In December 1936, a 21-year-old Alan Lomax lugged a 55-pound piece of recording equipment to Haiti, a tiny nation two years removed from U.S. military occupation. He returned to Washington, D.C., six months later with more than 1,500 songs scratched onto 294 clunky aluminum discs – two discs for every year that had passed since the only successful slave rebellion birthed the Black Republic. Poor sound quality kept that heap of Haitian history shelved at the Archive of American Folk Song for six decades before the songcatcher's daughter, Anna Lomax, launched the restoration and remastering of the recordings. The result is a behemoth of a box set: 10 discs (compact), 287 songs, and more than 250 pages of notes, including a transcription of Lomax's field diary. Organized by CD, the set captures the diversity of 1930s Haitian music, from the jazzy merengue, Mardi Gras, and Carnaval songs of the island to the Vodou, work, and children's tunes of the countryside. In fact, sitting with Alan Lomax in Haiti offers the distinct feeling of graduate research. It's hard to fathom casual music fans – even world music die-hards – replaying "Demonstration of the Tuning of the Malinoumbas," but that doesn't diminish this endeavor's importance. The project preserves Haitian cultural heritage from an era when quality sound recordings simply did not exist, and Lomax's Association for Cultural Equity is repatriating a full set of the digitally restored and cataloged collection to the oft-maligned nation. 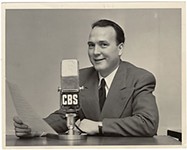