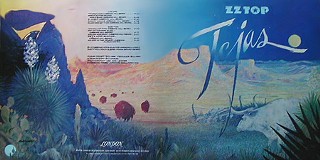 As a graphic artist and designer, Bill Narum exemplified and embellished the iconic elements of Texas into rock & roll mythology. Though best known for the bold imagery that branded ZZ Top, Narum's work crossed all mediums, illustrating album covers for Stevie Ray Vaughan and Doug Sahm, designing classic show posters for Antone's and Threagill's, and even dabbling in digital media. He died as he lived, sitting in front of his art table at his Thorndale home studio, the Acorn, of a heart attack. He was 62. 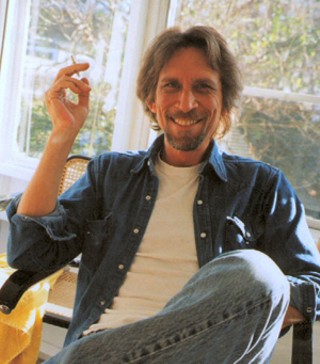 "Man of many talents as a gifted artist, designer and persistent protagonist on many fronts ... his hand forged the perception of the artist essence of ZZ Top ... cactus, desert sand, rattlesnakes and javalenas, jalapenos, hot sauce and hot blues rock imagery from way deep down in Texas," testified guitarist Billy Gibbons in a written statement. "Scribble on, Bro Bill. You were the best!"

Born in Austin but raised in Houston, Narum was an integral component of the latter's counterculture of the 1960s, co-founding radio station KLOL and working as an illustrator on Space City News. He was heavily influenced by Mexican art and, upon his return to Austin in the 1970s, aligned with the infamous Sheauxnough Studio crew whose work defined the era of the Armadillo World Headquarters. Narum also served as the board president of the South Austin Museum of Popular Culture, where his four-decade retrospective, "You Call That Art," opened in 2005 (see "Saw It on the X," April 1, 2005). Narum is survived by his wife, Gloria Badillo Hill, and two daughters, Michelle and Nico, along with his sister, noted stained glass artist Heidi Narum Hyatt. A public memorial is scheduled to take place on his birthday, Jan. 11.

"His style always seemed so clean, professional, and commercial, while also being really, really cool: slick but funky, down-home uptown, Texas chicadelic," recalls fellow poster artist Kerry Awn of Uranium Savages. "Most of all, he was a wise, peaceful, calm presence amongst whatever turmoil that was swirling around him. He was the third eye of the storm. A Buddha Bubba."

As is now customary for the Chronicle Music staff, the annual ballot casting for the Rock and Roll Hall of Fame begins with the airing of grievances. "This is getting worse every year," bemoans senior writer Margaret Moser, who was recently appointed by City Council to serve on the Austin Music Commission. "It's not even who they're leaving out; it's who they're nominating," furthers Music Editor Raoul Hernandez regarding this year's runts of the litter: the Chantels, Genesis, the Hollies, LL Cool J, and Red Hot Chili Peppers – the latter a baffling nod considering the lack of representation for the entire post-punk generation. Despite high praise from Dylan himself, Doug Sahm was once more left off the ballot, along with the 13th Floor Elevators and Stevie Ray Vaughan, now in his second year of eligibility. For the fourth time, the Stooges unanimously earned our No. 1 spot, and were it possible, the remaining four as well, while disco diva Donna Summer saved us a vote as an obvious shoo-in. Metallica's James Hetfield "put some nods out" at last year's induction ceremony for the heavier bands worthy of inclusion (Thin Lizzy, Rush, Iron Maiden, Motörhead), but only Kiss made the Hall's cut, and it would take more than a Motor City riot at its Frank Erwin Center gig on Dec. 4 for the Chronicle to vote for Gene Simmons' motley crew over songstress Laura Nyro, Back to Mono wallflower Darlene Love, Jimmy Cliff, or ABBA, who round out our top five. Local metal tribute act Stabba, meanwhile, slays "Dancing Queen" at Carousel Lounge, Dec. 5.

Step Inside This House

The day after Jody Denberg hosted his last Sunday specialty show on KGSR, Lyle Lovett stopped by the studio for an intimate tribute to the cornerstone local deejay who, as discussed here last week, is signing off the air following the station's anniversary party Dec. 5. Surrounded only by Denberg's family and closest friends in the KGSR Music Lounge, Lovett delivered an exquisite version of Vince Bell's "Sun & Moon & Stars" and Natural Forces' "Pantry" before plucking Shawn Colvin from the front row for the tender duet "North Dakota" and switching places for her "Diamond in the Rough." "Nobody would know anything about me if it wasn't for Jody," Lovett quipped. According to Program Director Lynn Barstow, KGSR won't make any decisions regarding a possible replacement until well after the new year, but he added that, due to fiscal concerns, the station might absorb the loss within its current staff. Meanwhile, Emmis Communications announced on Thursday that KGSR, whose latest Broadcasts installment hits stores Friday (see "Texas Platters"), has changed its frequency to 93.3FM, which is licensed to the city of Cedar Park, as opposed to Bastrop. The move, permanent on Nov. 30, bolsters the station's audible range, while an as-yet-unnamed new Spanish-language format will debut on 107.1FM at that time.

Drop in a Pond

Last Tuesday, South by Southwest announced a whopping six confirmations for March madness 2010 (Japandroids, the Temper Trap, Giulia y los Tellarini, the Hong Kong Blood Opera, Archie Bronson Outfit, Chew Lips), which were more than enough to get the blogosphere chattering. Then an initial list, made up mostly of foreign acts – whose travel itineraries necessitate a longer lead time – dropped this week. While not all of the applications have been processed, SXSW Music Creative Director Brent Grulke plans to continue releasing confirmations on a weekly basis. "With the speed of the Internet, the information gets out there, and obviously a lot of misinformation, too," stresses Grulke. The biggest surprise thus far is a reunion from Austin shoegaze champions Sixteen Deluxe. Last year, Frenchie Smith told the Chronicle, "If it were to happen, we would need to figure out a good cause."

• On the same weekend as the Rock and Roll Hall of Fame concerts at Madison Square Garden last month, Vox-master Augie Meyers attended the Manhattan tribute concert for Jerry Wexler, the late Atlantic Records mogul who rolled deep with Austin's original cosmic cowboys (see "A Man and a Half," Dec. 1, 2000). Lou Ann Barton, whose 1982 debut, Old Enough, was produced by Wexler, performed at the event. "I was really honored that they called me," relays Meyers (see "High Texas Rider," Oct. 30). "They asked me to play, but I said, 'Nah, you got too many interesting people here already.'"

• Graham Reynolds and the Golden Hornet Project's three-piece string section expertly assisted DJ Spooky on Friday at Hogg Auditorium for Terra Nova: Sinfonia Antarctica, a 70-minute, three-act suite of multisensorial geological wonderment and hypnotic orchestration. "We have big talk of doing a concert and album together," says Reynolds. As for the GHP's Led Zeppelin covers on Spooky's latest, The Secret Song, those particular string arrangements were written for other material and later repurposed. "That's the thing about remixing," Reynolds relates. "It blurs the chicken and the egg thing."

• Having ridden the Grohlercoaster (see "Seek and Destroy," Jan. 9), the Sword's Trivett Wingo resurrects his awesomely titled Nirvana tribute act In Dudero on Saturday at Trailer Space Records with the Shitty Beach Boys.

• In the spirit of true Thanksgiving, Austin's Inside Books Project, a volunteer-operated nonprofit that helps reduce recidivism by providing free books to prisoners, hosts a benefit at Mercury Hall (615 Cardinal) on Tuesday with local electro-pop outfit the Bright Light Social Hour. The suggested donation of $10 includes a catered meal from Ecstatic Cuisine and Corazon at Castle Hill, among others, and drinks provided by New Belgium.