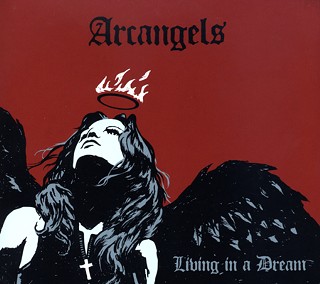 
Much like the Flatlanders once upon a time, Austin's Arc Angels seems more legend than band. Prodigy guitarists Doyle Bramhall II and Charlie Sexton bonded with Double Trouble's bassist Tommy Shannon and drummer Chris Layton at the Austin Rehearsal Complex in the wake of Stevie Ray Vaughan's death in 1990, then took a major label bow two years later only to disband shortly thereafter. In between Bramhall's and Sexton's service to Clapton and Dylan, respectively, annual reunion gigs have transpired since the band headlined the first Austin City Limits Music Festival in 2002, and just in time for the holidays comes this lavishly packaged 2-CD/DVD collection. Recorded over a two-night stand at Stubb's in 2005, Living in a Dream documents what one expects from the Angels' yearly homecomings – old songs and older friends. The only real surprise is the heavy psychedelia of "She's Alright," but there's a vivacity to these live renditions, which wasn't always the case on the group's Geffen debut and, until now, sole release. The 30-minute DVD documentary fills in a few of the blanks for those less familiar with the Angels' flight path, with Shannon crediting producer and E Street Band guitarist Little Steven for initially shaping the band's sound. Tacked on the end, seven minutes of "Spanish Moon" at Antone's pays tribute to the club's namesake, ending with a bittersweet introduction from Clifford himself. The bonus disc offers three studio recordings with new bassist Dave Monsey: a sterling rendition of Paul McCartney's "Too Many People," Sexton's 1990s nugget "Crave and Wonder," and Bramhall's intriguing counter "What I'm Looking For," a subdued West African blues ode with Pink Floyd undertones. The Arc Angels are finally moving forward through the past. 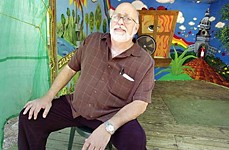 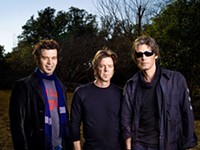