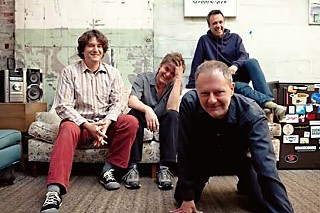 Indeed, performances were loud – controlled chaos – documented on DVDs paired with last year's Matador reissues of Vs.; 1981 EP Signals, Calls, and Marches; and live collection The Horrible Truth About Burma. They sounded like no other band, melodic but heavy, tape manipulator Martin Swope making it all sound possessed. The laws of the universe could have relegated Vs. to a footnote in punk history.

To the surprise of everyone, a one-off 2002 reunion snowballed into a handful of shows, which led to 2004's ONoffON, followed by 2006's The Obliterati. Latest LP The Sound the Speed the Light adds another chapter to the 21st century story, and they sound no less ferocious than in the 20th.

"We picked up where we left off," concurs Miller. "We were kind of dumbfounded but carried along by the energy, and then we made an album, and then another one. I mean, how kooky can it get?"

"Peculiar" is another word Miller uses to describe the arc.

"Back [in the early Eighties] while attendance at our shows was not good, there were enough people who cared, that were intelligent, and that validated us. That was enough for us to continue. When we folded, though, I never, ever expected this to happen. It's kind of outlandish."

MOB continues shrugging off expectations of what a band – the majority now in their 50s – can do on its second shift. Miller still plays as loud, just behind Plexiglass and with high-grade earplugs. And c'mon, the lead track off The Sound is called "1, 2, 3, Partyy!" Outlandish is a good word too. 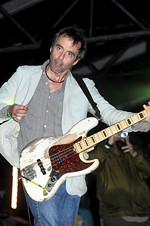 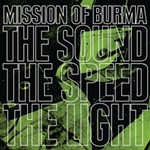 Mission of Burma
The Sound the Speed the Light (Record Review)