All hail the second coming

It's only fitting that the second coming of the Jesus Lizard follows in the wake of Scratch Acid's blistering return three years ago.

"They were my favorite local band," reflects guitarist Duane Denison, who was playing with Biscuit's Cargo Cult at the time. "They were different than everyone else. They were a little smarter, a little funnier, and a little meaner. I thought, 'That's for me.'"

Armed with only a drum machine and a mini-Fender PA, the nascent Jesus Lizard cut its teeth in an empty East Austin house in which the electricity hadn't been turned off, Denison's spiral guit-architecture bleeding into Scratch Acid bassist David Wm. Sims' leeching lines and David Yow's vocal confrontations.

The scathing glory of what transpired, beginning with the 1989 Steve Albini-produced debut EP Pure, has just been remastered by original label Touch and Go (see "Fun Fun Fun Fest Phases"). Along with offers from Mike Patton and All Tomorrow's Parties, the reissue campaign prompted a reunion of the Lizard's classic four, anchored by drummer Mac McNeilly, after a 10-year hiatus.

"The fact that a band that was fairly abrasive and noisy and dissonant with these not-always-terribly-melodic vocals could actually leave its mark is sort of a testament to what we accomplished," says Denison, who has kept busy over the years with Tomahawk, Th' Legendary Shack Shackers, and the Denison-Kimball Trio, among others. "There's nothing fake about it. In some ways I think [these reunion] shows are some of the best we've ever played. We re-hearsed, but we didn't over-rehearse. Yow's as reckless as he ever was. We have a lot to live up to, and we want to push it a bit further."

As for recording some new material, Denison remains torn.

"We've always had ideas tucked away fermenting, and things are no different now," he reveals. "A part of me wonders, 'Why don't we knock one out and leave it at that?' A final statement. Who knows?" 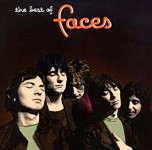