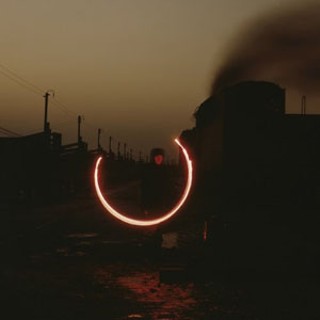 
Affectionately dubbed the Phantoms of Folk, Magnolia Electric Co.'s Jason Molina and Will Johnson of Centro-matic and South San Gabriel have a collected output on par with Neil Young's Archives. Written and recorded in 10 days, this debut collaboration is a testament to just how deeply these two songwriters sympathize with each other's work, revealing a shared penchant for evocatively detailed images that blossom into visceral narratives. Depending on who's taking the lead, the tone shifts from the barnyard solitude of Johnson's 2004 solo bow, Vultures Await (notably "Lenore's Lullaby" and "All Gone, All Gone," his eerily beautiful duet with Tiny Vipers), to the brutal detachment of Molina's Songs: Ohia ("For as Long as It Will Matter," "Wooden Heart"), but the pace never quickens – nor should it. There's a stark poignancy to the way in which the two alternately complement the music. That's most apparent when they meet halfway, "Twenty Cycles to the Ground" and "Almost Let You In," Molina's high tenor softening Johnson's coarse delivery.