Used to be that only during SXSW did local venues crop up in the strangest of places – alleys, parking lots, abandoned buildings – but lately some legitimate venues have surfaced in some unlikely spots. Here's OTR's preliminary report. Located in the Warehouse District, this 350-capacity room carries over the warm, dark ambience of the Ginger Man, a perfect setting for the narcotic lull of the Low Lows last Friday. There are daily drink specials and an outdoor smoking patio. The booking runs the gamut, with Redd Volkaert holding down a Thursday residency while James Hand stops by this Saturday, Oct. 24.

Bill Baird nabbed the television wall in the Sound Team divorce, and it's displayed at his new Eastside studio. Having recorded his new album as Sunset, Gold Dissolves to Gray (due Nov. 24), there, Baird regularly hosts and headlines some pretty solid bills featuring his Autobus Records crew and like-minded national contemporaries. A tight squeeze, but all shows are BYOB. Next door to Emo's, Mixx is a 400-cap dungeon that's trying to fill the void left by Room 710 – even employing some of its staff – but lacks the resources to do so. Earplugs recommended.

Basically an upscale version of Coyote Ugly (a bit of an oxymoron for sure), with an in-house burlesque troupe known as the Southern Sirens. Aces replaced Hard Rock Cafe and has booked a handful of notable shows, including Bavu Blakes' Austin farewell gig (Nov. 8), Stephen Marley (Nov. 20), and Del the Funky Homosapien (Dec. 1).

Careful where you park for this Eastside venue. Club 1808 is an ideal DIY punk dive: abrasively loud, hot, and with plenty of room for smoking outside. Chaos in Tejas organizer Timmy Hefner handles most of the booking, making it an ideal place to catch such locals as A Giant Dog (Nov. 7) and Followed by Static (Nov. 14). There's safety in numbers. 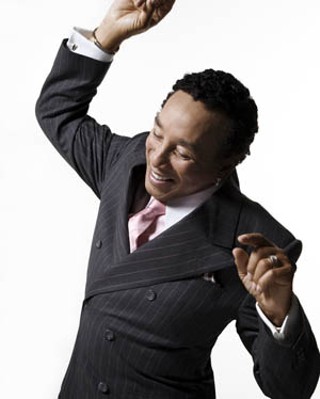 The incomparable poet of soul music, Smokey Robinson has been confirmed as the keynote speaker for the 2010 South by Southwest Music Conference, taking place at the Austin Convention Center Thursday, March 18. As Motown celebrates its 50th anniversary, Robinson, one the label's primary songwriters and first hit-makers with the Miracles, marks closer to six decades singing professionally. The former VP of Hitsville USA recently released his latest batch of smooth romanticism, Time Flies When You're Having Fun, on his own Robso label and couldn't believe how 50 years felt like "three weeks ago" when the Chronicle caught up with him backstage this summer in Fort Worth: "I grew up in the hood in Detroit, [and being a singer] was my impossible dream. I never thought it would ever come true. I never thought I'd be doing this for my livelihood. Actually, when I was [young], I thought I was going to be a cowboy. That didn't go well. There were no horses in the neighborhood where I could hone my skills [laughs]."

True Love Is Hard to Find Decked out in crisp white suits like the Chi-Lites in '75, the Relatives quite literally testified at the Continental Club last Saturday. During the breakdown to "Rap On," the Rev. Gean West preached with raw conviction about the time the Lord commanded him to get up and walk after months of inability to do so. The performance, the Dallas outfit's first outside the walls of the God's Anointed Community Church of God in Christ since 1980, commemorated the release of the Relatives' anthology, Don't Let Me Fall, a sublime collection of 1970s gospel funk and psychedelic spirit. The limited-edition vinyl LP comes with silk-screened packaging and liner notes from Chronicle contributor Thomas Fawcett, courtesy of Austin's Heavy Light Records, which painstakingly compiled the Relatives' three obscure 45s – one of the vinyl transfers came from DJ Shadow – and a recording by renowned Texas engineer Phil York. "This is one of those rare instances where the music really did develop separate from the world," affirms label co-owner and Soul Happening DJs founder Noel Waggener, who earned a Grammy nod for his design work on Revenant's Albert Ayler box set, Holy Ghost: Rare & Unissued Recordings (1962-70). That's just the beginning for Heavy Light, though. Along with recently repressing Leroy Franklin's 1981 "Star Bird" single, thought to be the first hip-hop single recorded in Texas, the reissue label, which Waggener operates with his wife, Charisse Kelly, has already acquired the rights to more than 4,000 vintage tracks and is working on a Chicano soul anthology. "We travel a lot to find records. We want to meet the people behind them and learn their stories and find out just what else is out there," Waggener says. "A lot of time the things that people left on the cutting-room floor now sound great to us."

The Faces reunion is back on, sort of. Local pianist Ian McLagan is teaming up with his bar pals Ronnie Wood and Kenney Jones, along with former Stones bassist Bill Wyman, at London's Royal Albert Hall for the 75th anniversary celebration of the PRS for Music Members Benevolent Fund. An assortment of guest vocalists will fill in for Rod Stewart, who is washing his hair that night or something. On the local front, three-fourths of Sixteen Deluxe (Carrie Clark, Steven Hall, and Jeff Copas) is reuniting as the Paper Dolls at the Continental Club on Wednesday, Oct. 28, as part of the stacked lineup for Beyond the Blues: A Benefit for Peter Case, who underwent emergency double bypass heart surgery in January. Donate at www.hiddenlovemedicalrelief.com.

Doug Guller, owner of the locally based franchise Bikinis Sports Bar & Grill, signed a new lease on the Downtown property that houses the Parish back in August. While the bar is already pouring shots in the space below, there won't be any changes upstairs, either in the booking or production department. "The Parish has a great reputation as one the best indoor live music venues in Austin, and that's something we will uphold," says Guller. To that end, the Bikini Man is installing a "second to none lighting system" and improving the Parish's green room and restrooms.

As part of the Austin Film Festival's music documentary series, Off the Record (ahem), Bob Schneider Live at the Paramount premieres at the Independent at 501 Studios on Sunday, Oct. 25, 7pm. For more info on AFF, see Screens section.

Get Born: Australia's Jet, whose latest, Shaka Rock, was produced at Austin's Bubble Studio, is taking over the parking lots of Fourth and Colorado for a free show (21 and up) on Friday, Oct. 23, 7-9pm, hosted by C3 Presents. All vendor sales benefit the Health Alliance for Austin Musicians. C3 auctioned two autographed Pearl Jam posters from the Austin City Limits Music Festival 2009 on eBay, which raised more than $5,000 for the local nonprofit, not including an additional anonymous donation of $2,500.

Local jazz giant Tony Campise, whose 1990 opus Once in a Blue Moon was nominated for two Grammys, is in critical condition at the Christus Spohn Memorial Hospital after hitting his head outside the Best Western Marina hotel in Corpus Christi before his scheduled appearance at the Texas Jazz Fest. According to local trombonist Michael Mordecai, who's been posting updates to Facebook, Campise fell into a coma on Friday and was operated on by a neurosurgeon. There have been only small signs of improvement since then, and Campise remains on a respirator.