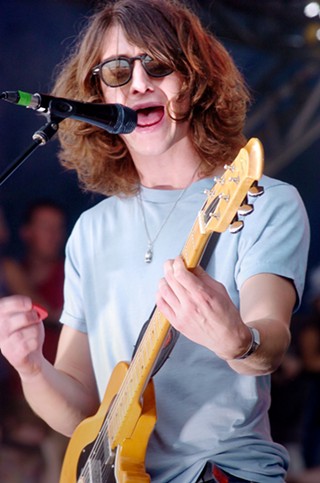 
Not even Josh Homme can soil the Arctic Monkeys. The Queen of the Stone Age produced most of the UK quartet's third LP, Humbug, from which this storming ACL set drew its moody aplomb. Like the album, the band pulled fire from smoldering coals, but make no mistake, Homme's downbeat style doesn't do the Arctic Monkeys' exhilarating Brit rock any favors. New "Dance Little Liar" opened in a swirl of stage smoke and prompt materialization by the young twentysomethings, augmented by an organist/third guitarist, but sophomore smash lead-off "Brianstorm" kicked the group into high gear, drummer Matt Helders thundering all 55 minutes. "Crying Lightning" rippled considerably more electric than its Humbug counterpart, but again, muscled early material sparked the band, in this case first album sneer "The View From the Afternoon," almost as spectacular as the clearing skies of Zilker Park in its three-minute crush. Pensive new ("Cornerstone") and jabbing not-so-old ("This House Is a Circus") seesawed the set list, but in lead heartthrob Alex Turner's spat verses – Dickensian speed-reading – ran the hair-raising current of Her Majesty's greatest invasions. English-thin in a faded Led Zeppelin T-shirt, eyes closed tight, Turner tumbled forth "Still Take You Home" while his crew took after the chase like hounds. American calling card "I Bet You Look Good on the Dancefloor" was the meat between "Pretty Visitors" and "Dangerous Animals," both new songs awakening from their recorded incarnations but neither offering serious competition for Favourite Worst Nightmare's "Fluorescent Adolescent," which followed an exhilarating cover of Nick Cave's "Red Right Hand." Shortly thereafter, Turner laid his guitar across his open-throttle guitar pedals and, with his band, disappeared back into the smoke. 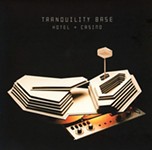 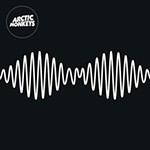