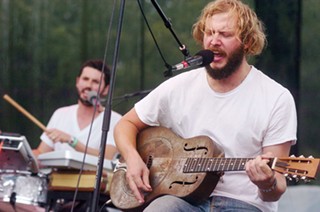 
The weather was perfect for Bon Iver's set. Even Justin Vernon said so. Backed by a threepiece band, Wisconsin boy Vernon, in a white T-shirt and jeans, welcomed the downpour Saturday afternoon, opener "Creature Fear" ending with a thunderbolt of noise. In fact, it was the noisier jams where Bon Iver excelled. Vernon's critically lauded 2008 debut, For Emma, Forever Ago, tackled depression and solitude, his rubber-band voice the saving grace among simple guitar. Live, songs from Emma, as well as the title track from new EP Blood Bank, took on a new life; harmonies were spot on, and at one point, his backing band was all playing drums. The midsection of the set started meandering with Vernon solo on guitar, but closers "For Emma" and "The Wolves" rekindled the flame. Thanks to his songs being featured on a variety of student-friendly TV shows, Vernon's appeal has doubled in the last year – quite a few guys in backward hats and Longhorns shirts singing along in the crowd – but the sensitive singer-songwriter veil was lifted during those final moments of cacophony. 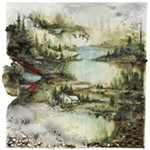 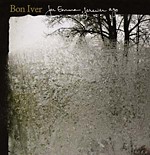