Reminiscing on the holy trinity of female singers 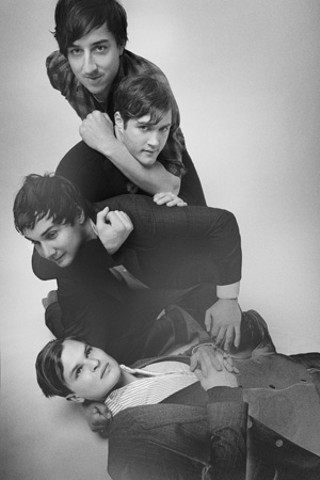 
"I came across your cover of Björk's 'Possibly Maybe.'"

"Were you a big fan? Did you have your Björk phase?"

"I'm still in my phase, I think. I'm a fan for life. Though the phase really started when Post came out."

"Yeah, I guess technically I did. More PJ than Tori, though. However, the first Liz Phair was actually my favorite album in high school."

My conversation with Grizzly Bear singer/guitarist Ed Droste began as a fun reminiscence of our formative female-singer years, and then it struck me that, 15 years on, Grizzly Bear is probably more than one high school kid's favorite band. Veckatimest, the NYC quartet's follow-up to its critically lathered sophomore LP, 2006's Yellow House, was leaked and then whispered about for months before its actual release.

When the band formed as a trio – Droste, drummer Chris Bear, and bassist Chris Taylor – two years prior to Yellow House, they re-created guitar parts with their voices. When guitarist Daniel Rossen joined a year later, the group continued with that. Thus, the four found their choirboy wavelength, which in turn shaped Gizzly Bear's dreamy pop. For Veckatimest, the group went through a process of isolation and touring with titans like Radiohead.

"It was much more belabored than Yellow House," Droste says. "With a lot of recording breaks and taking breaks from the music."

Taking their time has proven them a better band, and also allowed them to indulge more of their influences. After a stellar June date at the Parish, my theory that Grizzly Bear desperately wanted to be Steely Dan would be confirmed: Michael McDonald, ol' velvet pipes himself, sings lead vocal on a new version of "While You Wait for the Others."

Now if only they could get a Björk collabo going .... 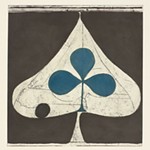