A groover's paradise from the Black Keys guitarist

M-O-J-O B-B-Q were the only seven letters on the South by Southwest Saturday afternoon planner back in March for anyone enamored of millennial blues that stretch as far back into the Mississippi Delta as it does into Wu-Tang Clan's sonic psyche. Mean-Eyed Cat, down on West Fifth, blew out a plank or two when the Black Keys vox and axe Dan Auerbach led San Antonio's brotherly love quartet Hacienda through the paces of his February solo debut, Keep It Hid.

"Right," snorts Auerbach ever so softly with amusement. "I vaguely remember that. We started playing at 4 in the morning – the night before."

While this "Band" looked like something the Mean-Eyed Cat dragged in, it threw down like Dylan & Co. at the Royal Albert Hall in 1967. It sounded even closer to home.

Auerbach lets out one of his many genuine laughs. Where'd he get onto Sahm?

"I don't know, man. I just stumbled onto him, probably listening to Sir Douglas first.

"Do you know [managing mogul] Cliff Burnstein? He came to see us when we played Conan [O'Brien]. He's been very supportive, a supporter of my solo record. I asked him out of the blue, 'Man, did you ever know Doug Sahm?'

"And his eyes lit up. Apparently he was trying to work with Doug Sahm on one of his final records. He loved the guy. They were both huge baseball fans. Doug embodied everything I love about music and musicians, that way of life where you're not a rock star. It's an organic thing, no matter if you're onstage or in your living room. 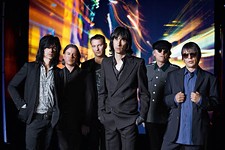