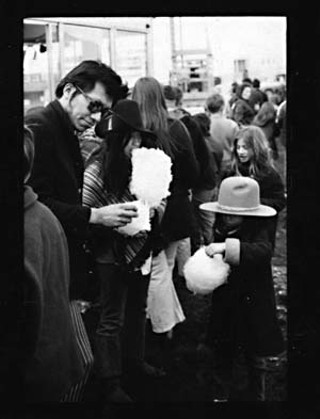 That nugget leads off 1970's Cold Fact, a lost classic that sways with Motor City grit and Motown flair, embellished by eerie strings and post-Sgt. Pepper sound effects courtesy of producers Dennis Coffey and Mike Theodore. Largely ignored stateside upon release, the LP took root in South Africa's anti-apartheid movement and was rescued from obscurity and restored in 2008 by Seattle's esteemed Light in the Attic Records.

"For a long time I didn't have a phone," recounts Rodriguez, summarizing his lengthy absence from public view. "I don't have a computer. I don't really watch TV. The modern world, I think that's part of the process I'm not involved in. Nothing happened to me. I just went back to working construction.

"I've only written 29 songs, maybe 30, and that's it. After that, I dropped out 'cause there was nothing happening for me."

Success and recognition come better late than never for Rodriguez. Light in the Attic recently excavated and expanded his second LP, 1971's Coming From Reality. Not as enthralling as its predecessor, the album remains a revelation, with serene Cat Stevens-esque balladry and Spanish folk guitar. Most striking is how clearly both albums' lyrical observations of working-class struggle and morally bankrupt politicians still resonate today.

"That's sadly true," Rodriguez agrees. "They can't seem to fix the system. I'm not saying the system is going to fall. I'm saying I'd rewrite it. I'm not promoting any single idea. The thing is I got to be truthful. You dig it?"