American beauty and The Pirate's Gospel 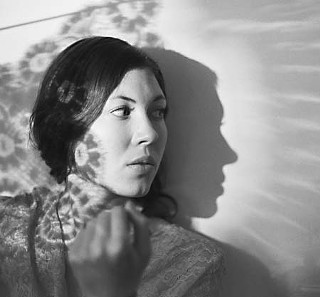 
It takes guts to admit your dad is in a Grateful Dead cover band, but if you're Alela Diane Menig, it's pretty much woven into your DNA. Not only is her dad a Deadhead, he also plays guitar in her touring band.

"He always had a guitar in his hands, playing some noodly riff," the 26-year-old says from Portland, Ore., where she now resides. "Both my parents were in a bluegrass band, and then later, when I was around 12, my dad started the Dead cover band, and they rehearsed at our house. I was definitely exposed to ... that."

Her impending teenage years warded off any jam band indulgences, but Menig inevitably started playing guitar at 19, traveling abroad and exploring her voice. After shuffling around Europe, she released 2006's The Pirate's Gospel, a spare folk meditation that showed off her old-soul voice.

To Be Still, her 2009 major-label debut on Rough Trade, is an ode to Nevada City, Calif., where she grew up with music all around her and solitude an easy companion. As Joan Didion wrote about the golden age of California and Joni Mitchell sung about its hissing summer lawns, Menig combines naturalistic poetry and familial history of her home state, reflected on album standout "White as Diamonds": "Burdened bands gain strong hands, gaping holes where diamonds should be. Must have been morning that stole them, a glint of white in the pocket of winter."

"It's me singing about what I grew up around," she relates. "The most effective music comes out of honesty, the place you're from, I think. Everything I write comes from experience, or tidbits passed along, folklore about my own family.

"That, and I write about dreams I have a lot." 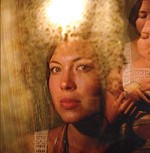