Ambition keeps a hammock at David Garza's house. The local troubadour is releasing four new EPs on the occasion of this weekend's Zilker Park Pachanga, The Road to ACL running Northbound, Southbound (in Spanish), Eastbound, and Westbound. Speaking of Pachanga Festival, Garza starred in Fiesta Gardens' tree shake this May, and now ATX's Prince delivers January's Dream Delay on the West side. – Raoul Hernandez

Thirteen years, 10 albums, and reams of good press have followed Terri Hendrix's career since the San Antonio native first ventured forth from her college days in San Marcos. Her heartfelt music plays hopscotch on a crazy quilt of sounds, and she's as comfortable on acoustic guitar as electrified with a band. Hendrix is also a poster child for the DIY generation: Her homegrown Wilory Records just turned 10. – Margaret Moser

When Erika Wennerstrom showed up in Austin last year to regroup her Ohio-bred Bastards, it was a fortuitous move. The now-quartet's latest LP, The Mountain (Fat Possum), is one sweet dropkick from Chrissie Hynde's home state and a solid entry in this town's country-blues-rock canon. Wennerstrom's voice – an ACL staple – still blows your bangs off your forehead. – Audra Schroeder

Brett Dennen's youthful appearance is deceptive, since he turns 30 this month. The Northern Californian was named one of Rolling Stone's "Artists to Watch" in 2007 and followed through with Hope for the Hopeless (Dualtone) in 2008, a contemporary singer-songwriter effort that drew favorable comparisons to Bob Dylan and Neil Young. – Jim Caligiuri 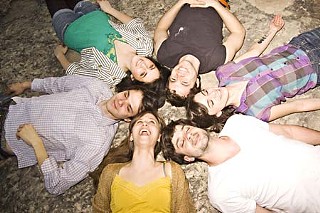 One of the best and brightest New Orleans is so famous for, Rebirth Brass Band earned its kudos layering the city's traditional brass band music with blues and jazz, plus contemporary influences like hip-hop and funk. That irresistible sound is a highlight of the annual Jazz Fest there, but the second line forms here. – Margaret Moser

You couldn't ask for a dreamier voice at the close of the fest's last day. What fans he didn't make during his years fronting Nashville favorites the Mavericks, the Miami-born singer and songwriter accrued over the last decade and five solo albums, including spring's Lucky One. Don't forget his turns with Austin's Grammy-winning Los Super Seven. – Margaret Moser

Louis Armstrong proclaimed PHJB one of the acts to see in New Orleans nearly 50 years ago, and it's still true today. The band's exuberant Dixieland gumbo, seasoned with reeds, strings, and skins, is a mighty force no hurricane has been able to damage. Be happy you can experience some of that Big Easy charm without swatting mosquitos in line at that ramshackle little venue off Bourbon Street. – Margaret Moser