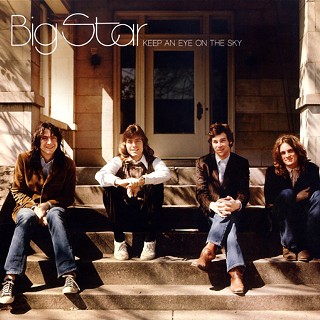 Keep an Eye on the Sky (Ardent/Rhino)


Beginning in the mid-1960s, bands began fusing Beatles melodies, Who guitars, and the Byrds' harmonies. Power-pop was born. Although never rising above cult status due to internal tensions, label distribution problems, and lack of radio play, Big Star remains preeminent among these acts. Authoritatively illustrating why, the 4-CD Keep an Eye on the Sky might be considered compilation overload on this admittedly obscure Memphis quartet for the newcomer, but cultists and anyone interested in some of the purest guitar pop ever made will find lots and lots to love. Spanning 1968 to 1975, its 98 tracks cover Big Star's beginnings, with sides from group precursors Rock City and Icewater, songs from its three studio LPs, and solo tracks from band leaders Alex Chilton (ex-Box Tops) and Chris Bell. If you're familiar with the band's work, 56 previously unreleased cuts, including alternate mixes, demos, and an entire live disc recorded in Memphis in 1973, after Bell left the group, keep the narrative fresh. Concert recordings are less than high fidelity, but they play to Big Star's strengths as a band and include covers from Todd Rundgren, the Flying Burrito Brothers, T. Rex, and the Kinks. Alternate mixes of "When My Baby's Beside Me," "Back of a Car," and "In the Street" are as cogent and satisfying as the originals, and Chilton solo demos, including an unexpected take of Loudon Wainwright III's "Motel Blues," are sharp and chilling. The box is elegantly packaged in the shape of a 7-inch single, while the accompanying booklet contains essays that shed light on the reasons Big Star was influential to bands such as Cheap Trick and the Replacements. Memphis music scribe Robert Gordon tells the story concisely and insightfully. And a powerful story it is. 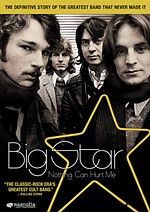