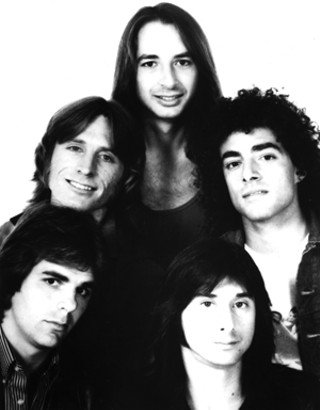 Breakups have soundtracks. Maybe you listened to an album incessantly together, and now you can't. Maybe it comes after the breakup, that miserable mourning part, and you latch onto a song, absorbing the sentiments of a stranger you just know can sympathize.

Over the years, my soundtracks featured Billy Joel's The Stranger and a mixtape that included John Lennon's "Jealous Guy," now one of my favorite songs despite connotations it used to have. Back in the late 1980s, when I was a preteen growing up in South Florida, the soundtrack to my angst was Journey.

You have to understand, in the 1980s, in Florida, you couldn't escape Journey. The local radio station, Y100, played it incessantly. To this day, when I hear the opening strains of "Don't Stop Believin'," a sort of Morse code starts beeping in the nether regions of my mind, and I just have to close my eyes and air finger-tap Neal Schon's guitar lead-in.

Anyway, there was an arcade in the mall called Aladdin's Castle where kids had birthday parties, and if your parents loved you enough to sign you up, the arcade would send you a key in the mail on your birthday, and you could come in and "unlock" your prize from the "castle." It was walking distance from my house, so I hung out there during summer vacation, with the "secret word" my parents gave me to foil abductors.

The summer of '89, I'd noticed a teenage boy hanging around, too. He was wearing a Journey shirt, holding steady on Galaga. I was stationed at Ms. Pac-Man, a row behind it and slightly to the left. Every time I saw him, he was in the same shirt, from the Frontiers tour. I immediately made my mom buy me a Journey Greatest Hits cassette. Galaga guy had long, dark, feathered hair like Steve Perry. He had an earring. He wore black boots. He punched the side of the game often and smoked cigarettes.

For the majority of my summer vacation that year, I faithfully stalked him from behind Ms. Pac-Man, never interacting with him but carving out a loving, adult relationship in my head. With my Walkman blasting, I'd look down at the screen, imagining I was closing in on him with every chomp, as Steve Perry commanded me to "hold on to that feeelayaaain'."

I had no knowledge of the lovin', touchin', or squeezin' Perry sang about. I played the tape in mourning, taking my Walkman with me everywhere, until I accidentally left it on the dashboard of my mom's Mazda MPV and it melted.

Last month, I visited my folks, who still live in the same house I grew up in. Flipping through channels, I stopped at Journey on VH1, playing some sort of Monsters of Rock festival. New singer Arnel Pineda, whom the band found via a YouTube contest, sounds exactly like Perry, but it wasn't the Journey I knew.

Galaga guy, if you're out there, I've never looked at another arcade. 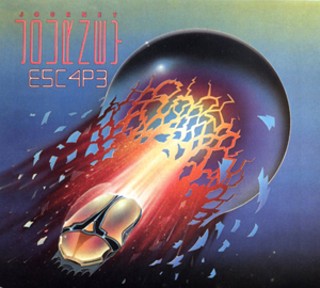 
Kicking off Journey's feel-good 1980s reign, Escape replaces keyman Gregg Rolie with his suggested stand-in, the Babys' Jonathan Cain. The group's at its height of fringe-leather-jacketdom: "Don't Stop Believin'," "Open Arms," "Who's Crying Now." An Atari game was created for this album, in which you have to help the band members escape from groupies and other hangers-on.


"Separate Ways" and "Faithfully" cemented proms for years, with Cain, Perry, and Schon doing most of the songwriting and giving us the equally beautiful "Ask the Lonely" and "Only the Young." Not everyone liked it. Robert Christgau stated in a review that "Steve Perry could run for the Senate as a moderate Republican from, say, Nebraska." 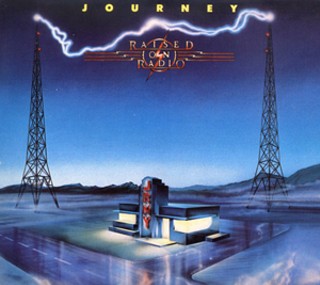 
This Perry-produced LP came in the wake of the singer's solo bow two years earlier, Street Talk ("Oh Sherrie"), but at this point the machine needed oil. "Be Good to Yourself" and "I'll Be Alright Without You" still have that fist-pumping Journey sheen to them, but Radio marked the end of an era.