Journey to the Center of the Discographies 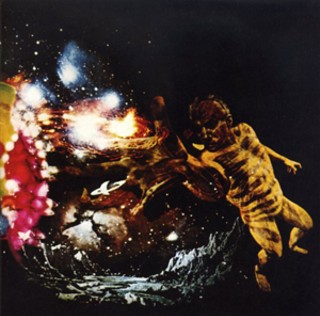 
"On a Saturday Nite" opens sophomore telescopic like a bicentennial bar fight. Follow-up "It's All Too Much" does to the Beatles what Aerosmith did two years later on "Come Together," while "Anyway" refracts the Moody Blues' "Tuesday Afternoon" and blows it to kingdom come. Kansas' "Carry on Wayward Son" began life as closer "I'm Gonna Leave You."


Supernova cull of Journey V.1, chronologically clumping the group's first three discs before doubling back on Look Into the Future. Swap out Next's "Nickel and Dime" for LP mate "Hustler," but otherwise, 76 minutes of USDA, fusion-radiated 1970s space rock besting any German, Japanese, or UK era prog peers on Rolie's vocal omnipresence alone. Out of print.


Perry's wrested control, "Any Way You Want It" straight out of the gate, yet Rolie's single lead vocal ("Someday Soon") proves Departure's least cloying, while Schon's been reduced to thinning power chords ("Where Were You"). Heavier closer "Homemade Love" loses to sap ("People and Places"), crap ("Precious Time").


Recorded in 1980 on the 19-Infinity Tour, double live greatest hits summate Journey V.2 with Perry doing the heavy lifting vocally despite the tandem vox approach ("Just the Same Way") being still better than the lead singer alone ("Dixie Highway"). Strong second half encores the credits: "This album is dedicated to Bon Scott, a friend from the highway."