"We wanted it to be called an anthology," laughs fiddler Elana James in regard to Shout! Factory's 2008 The Best of the Hot Club of Cowtown collection. "We didn't really think the best of had occurred yet. If you're in a band and you think the best of is behind you, you may as well pack it up." After parting ways in 2005 – James started the Continental Two with bassist Jake Erwin while guitarist Whit Smith formed his namesake Hot Jazz Caravan (see "Picks 2 Click," March 3, 2006) – Hot Club came back together while James was opening for and touring with Bob Dylan. "I actually hired Whit to join my band because I wanted to have people I was comfortable and confident with on that tour," James clarifies. Wishful Thinking, Hot Club's first offering of new material in seven years and first to feature drummer Damien Llanes, proves the sun hasn't set over Cowtown, with a smoky assortment of modern Western swing (Bob Wills' "Can't Go On This Way"), surprising interpretations (Tom Waits' "The Long Way Home"), and some of the group's strongest original compositions to date (the unresolved "Reunion"). "I think we're all better writers," James concludes. "Everyone took in the experience of the last several years and channeled it into the songs on the record." Hot Club tips its hat at Waterloo Records, 5pm, and later at the Continental Club, 10pm, on Friday, Aug. 21. 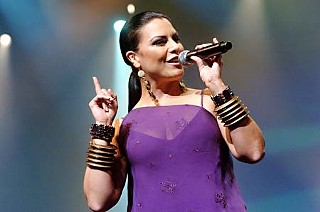 The only thing that properly translated at the Premios Texas awards at the Long Center last Thursday, Aug. 13, came courtesy of the show's sponsor: Tecate. Even without the closed-captioning, the fifth annual Latin music ceremony was quite the spectacle, complete with a category for Best Austin Band, slapstick skits, and a curtain-closing performance by merengue's belle of the ball Olga Tañon, who took home a surprise lifetime achievement award. Presented by KAKW Channel 62, the program airs nationally through the Galavisión network on Sunday, Aug. 23, 7pm (for more details, see "Galavisión to Air the Premios Texas Awards"). Tune in early for Vallejo's steamrolled, opening rendition of "Ayo." Elsewhere on the dial, ME Television founder Connie Wodlinger stepped down as CEO of the network after a hard year of belt-tightening, though she maintains an equity stake and a spot on its management committee.

The red carpet treatment at Premios Texas had OTR yearning for the snap, crackle, and pop of his record collection, especially given the influx of quality local vinyl released over the past few months. Austin is uniquely blessed with young bands feverishly dedicated to putting needles to grooves, be it the neo-soul of Black Joe Lewis (Tell 'Em What Your Name Is!), the Strange Boys' slurred American bandstands (And Girls Club), or the desert-blues meditations of Headdress (Lunes). That's why OTR is presenting the inaugural Summer Vinyl Awards. Winners can stop by the Chronicle next week for the old grip-and-grin and Photoshop'd certificates. Drum roll, please.

Best Overall Packaging: Over the Hill, Looking for a Spark (Monofonus Press) Like the last single from the Teeners, this LP was finished at Golden Mastering, the acclaimed, family-based operation out of Ventura, Calif. "It costs a bit more, but it's totally worth it," relates label head Richard Lynn, "even if we never break even."

Honorable Mention: the Strange Attractors, Sleep and You Will See (Past/Futures) 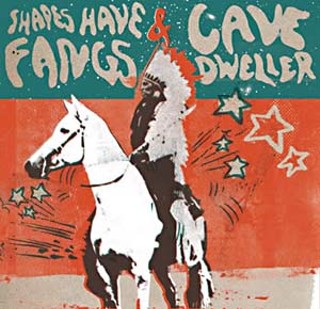 Released earlier this summer in the UK, Denim's latest funkadelic foray drops stateside in October through Downtown Music and will be packaged with the trio's ecstatic debut, Exposion.

Named after Bo Diddley's "Please Mr. Engineer" and recorded in two days at Sweatbox Studios more than a decade ago, the Revelators' raucous "lost" second LP finally found its way to print. "Too punk for the roots rockers and too rootsy for the punks and too much of both for everybody else," John Schooley writes on the back cover. "I'm sure it'll be as unpopular now as the Revelators were in their day."

• Redefining wall of sound, local jazz staple Alex Coke, who serenades Romeo's with Rich Harney on Saturday, Aug. 22, helped set the Guinness World Record for Largest Flute Ensemble at an even 2,000 last Friday, Aug. 14, in New York. Not to be outdone, former Steamboat owner Craig Hillis is gathering troops in Luckenbach on Sunday, Aug. 23, 2pm, to take a crack at the Biggest Guitar Pickin' Session. Approximately 1,825 pickers are needed; register at www.voicesofagratefulnation.org. All proceeds benefit the Welcome Home Project, a local nonprofit dedicated to helping veterans who have suffered traumatic brain injuries.

• Austin's Lions signed with Maybe Records in the UK and film the video for latest single "Rebel" on Saturday, Aug. 22, at Trophy's. A European tour with Monster Magnet is slated for December.

• Shady Grove successfully navigated City Council's loophole to change its zoning use from restaurant to cocktail lounge, which allows live outdoor music at 85 decibels, after its variance for off-site parking was approved by the Board of Adjustment on Monday, Aug. 10.

• Local genre-hopscotchers Darling New Neighbors, who release latest Rocket at the Carousel Lounge on Saturday, Aug. 22, scored the theme song to NPR's music blog Monitor Mix, hosted by Sleater-Kinney's Carrie Brownstein. Multi-instrumentalist Elizabeth Jackson says, "It's a 25-second instrumental that basically we cranked out in an hour on GarageBand."