Local noise-punks Coma in Algiers want to get up close and personal in the promotion of its sophomore LP, Your Heart Your Body (see "Texas Platters," May 15). For $10, at least three of the five band members will hand-deliver the album to your doorstep. From there, it's your call: receive a foot massage, have them babysit your kids, or chain-smoke to early Electric Eels records. "It's whatever you want," enthuses keyboardist/vocalist Archbold. "I personally don't mind manual labor. I'm not sure if the others would be crazy about it, but if someone asked us to dig a big hole in their backyard, I know I'd try." There are a few ground rules: Patrons must request their hangout date (any evening between 5pm and 2am) two days in advance, reside in the Austin area, and provide at least one 24-ounce can of Steel Reserve per member of CIA. "That's the bare minimum," Archbold clarifies. "With enough Steel Reserve, anything can happen." You can always pick up a copy of the disc when CIA floods Beerland tonight, July 23, with Air Traffic Controllers, the Young, and E.C.F.A. Trio or at most local retailers, but where's the fun in that?

The Price Is Right

Turns out Coma in Algiers aren't the only local artists experimenting with new distribution methods.

Nighthawk Jon Dee Graham offers a pay-what-you-will plan at his live shows, blindly passing around a sack stuffed with his merch throughout the evening. "Not once has ever it come back light," notes Graham.

Local indie pop outfit Canopy takes that idea one step further, mailing a copy of its charming debut, Canopy//Anopy, to those that write the band (preferably with some form of money included) at: Praveen Ayyagari, 1306 Old Maid's Trail, Austin, TX, 78734.

Imperialists, the new outfit from members of Ghost of the Russian Empire, has uploaded four songs for free download: www.imperialistsmusic.com.

No one offers a better incentive to purchase an album than Austin's the Weirdo Deluxe. Inspired by Kit Williams' children's book Masquerade, the band's latest, The Silver Key, doubles as an armchair treasure hunt wherein the new tunes provide clues to a $1,000 jackpot, plus an additional royalty of $1 to the winner for every Weirdo CD sold. "It's a game, but the console is your CD player," smiles creator Steve McAllister, formerly of the George W Bush Singers. "It's a difficult challenge." Get a head start by preordering the disc at www.findthesilverkey.com.

While My Guitar Gently Weeps

Tia Carrera opens every show with what drummer Erik Conn deems "the No-Planner," an improvised introduction of thick, terror-alert drone and smoldering heavy blues that sets the tone for the remainder of the evening. The tradition dates back to the band's first gig for the Gong Show at Room 710 in spring 2001, and for its final happy hour performance at the club last Friday, July 17, the local trio began with a blistering 25-minute instrumental eulogy that threw caution to the wind like Hendrix with lighter fluid. "They gave us a home base to explore our music, a place we could go anytime we wanted to get stuff out," says guitarist Jason Morales of Room 710, which closes its doors the first weekend of August. Tia Carrera pays its last respects to the venue on Saturday, July 25, with the Dicks and Pocket FishRmen, leading up to a series of free shows at the club: Power Squid, Toof, and Terp 2 It on Sunday, July 26; the Roller Tuesday, July 28; and the mind-meld of the Invincible Czars, Lick Lick, and Sabbath Crow on Wednesday, July 29. Expect a preview of Tia Carrera's fifth album, The Quintessential, due in October on Small Stone Recordings. "We had five or six reels of tunes to choose from," Conn enthuses. "It's got some other kind of magic that I can't put my finger on."

The plot to Ignitor's new metal opera, The Spider Queen, bears an odd resemblance to that of the Harry Potter series: a young man's tireless pursuit to avenge his parents' death, aided by a mysterious talisman that possesses magical powers. "It might, but the thing is I don't read," counters the group's guitarist Stuart Laurence, who penned the nine-scene musical opus, complete with a prologue and epilogue. "There was more inspiration from Greek tragedies. I wanted it to be kind of gothic and tragic. There's an Oedipus thing going on too." Written during the course of a year when Ignitor was stranded without a singer, the opera calls for four singing characters, all of them voiced by Broken Teeth/Dangerous Toys shrieker Jason McMaster, who moonlights with Laurence in Judas Priest tribute Sad Wings. Italy's Cruz Del Sur Music has licensed The Spider Queen to New York-based metallurgists Heavy Artillery for stateside release in October, but locals can preview the work in its entirety at Room 710 on Thursday, July 30, when Ignitor headlines a bill including Capricorn USA, Blackholicus, and Bat Castle.

• Having broadcast live from South By Southwest for the past three years, Cincinnati's Woxy is moving operations to Austin in September. The FM-turned-Web radio station, which was purchased earlier this year by Future Sounds, will be housed in the ME-TV studio and share studio equipment for Woxy's long-standing Lounge Acts performance series, which has featured Ume, Zykos, and the Wooden Birds. "Austin's a great central location where a lot of bands come through," says program director Mike Taylor. "Hopefully we'll integrate into the community."

• The Greatest Gift: Scratch Acid guitarist Brett Bradford is scheduled to join local tribute act the Jazzus Lizard for a live recording at Room 710 on Thursday, July 30, as part of its happy hour set.

• No sooner had C3 Presents announced the daily schedule for the 2009 Austin City Limits Music Festival on Monday than the Beastie Boys canceled their appearance after Adam "MCA" Yauch was diagnosed with a cancerous tumor in his salivary gland. Yeah Yeah Yeahs has already replaced the Beasties for Lollapalooza. According to marketing director Lisa Hickey, C3 is working toward a replacement headliner and is still in negotiations for sponsorship of two stages. 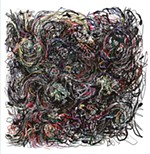