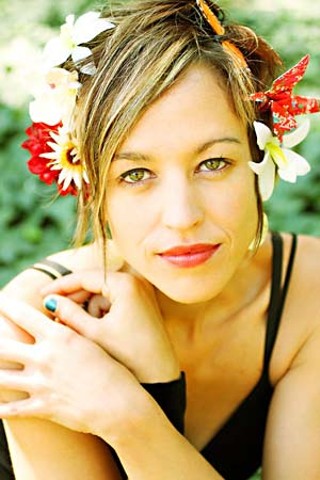 Laura Scarborough and Marshall Styler are as similar as black and white keys on a piano. Both locals are quick to point out that they employ synthesizers, and the resemblance ends there.

Styler and Scarborough represent opposing ends of the rock generation for whom the piano is ground zero. Styler, 52, is old-school, embracing 25-year-old synthesizers he buys on eBay, while Scarborough, 35, believes smaller is better. She loves her laptop. Styler traded an MTV career in the 1980s to concentrate on his vision, while Scarborough's plate is overflowing with projects. She qualifies as a human balancing act.

What these two bring to the Austin table is more than just a passion for music. It's a lifelong creation of new sounds and songs in major and minor keys.

Laura Scarborough is busily packing up, moving across the hall in her Kansas City hotel, where she's staying as composer for the Quixotic dance company. Nothing wrong with the original accommodation, only the new digs have a king-size bed instead of two queens, thus leaving her more room for hooping.

That's hula-hooping to you and me, a lark that's become like Zen to the 35-year-old local who describes herself as a pianist, composer, singer, performer, producer, and "eklectronik" musician. Although June finds her out of state with the dance troupe, she's back in July to perform with Suzanna Choffel at Central Market. Right now, Scarborough – born in San Antonio and a University of Texas graduate with a degree in classical piano – sounds completely pleased with her life.

"Electronic stuff, that style with the laptop and heavy synthesizer, I'm doing more of that with Quixotic up here in Kansas City," she explains, her voice bell-clear on the telephone. "I'm responsible for all the laptop programming for the show.

"I hate to make the comparison, but it's a little like Cirque du Soleil, except we've got more of an edge. We've got that circus-art element mixed with ballet, a modern dance style with a girl in pointy shoes. It's really beautiful. I play vibraphone, glockenspiel, synthesizer; run all the electronics; and do vocals, too. I'm so excited to be doing something on this larger scale."

Scarborough joined the troupe some three years ago when its founder discovered her music on MySpace. Within a short time, she went from her Laura Scarborough Project to writing music for dancers, a change that appealed to her on a variety of levels. She also found herself taking a job as a side musician in a band. While playing torch songs, covers, and "Disney classics" in a local jazz trio called the Mingtones, her fellow band members Eldridge Goins and Brad Houser talked up their other gig with rising star Suzanna Choffel. Naturally, one thing led to another.

"I'd done my Laura Scarborough solo thing in Austin," she recounts. "When you're responsible for writing all the music, being the bandleader, doing all your promotion, doing all your publicity, you get really worn out. I wasn't enjoying it, and I wanted to be part of something else."

Scarborough joined Choffel's band on the condition that she play only vibraphone and accordion. Occasionally, she hoops.

"I wanted to play other instruments [besides keyboards] in her band," acknowledges Scarborough. "Suzanna's the first person I've been a side person for, and she's really fun. She's got a killer band, but ultimately it comes back to her. She's got that voice and that songwriting talent. She's very confident – and goes for it."

Of course, Scarborough ended up playing keyboards for Suzanna Choffel in addition to vibes and accordion, deliberately choosing the synthesizer over the traditional 88 keys.

"The piano is a very melancholy instrument for me. I wanted to get away from that, to write lighter music, and that's how I got into electronic music. [When] I wrote from a computer and started building beats and different synthesizer sounds, it helped push me in a different direction and away from the heaviness that the piano felt to me.

"When you say '88 keys,' that's typically referring to the piano, a full keyboard instrument, and I rarely play on 88 keys. Using a computer is such a different approach to writing than sitting at a piano or with a guitar in creating a chord progression or melody. Give me a groove or a cool beat; I write from more rhythmic places. Even with vocal stuff, it's about rhythm.

"I'm not into being a ripping-fast, chops-oriented keyboard player. That's not my bag. Do a four-hour jazz gig playing covers for $100? I'd rather play in a theatre in a big production every three months or so and be able to share the joy of hooping." 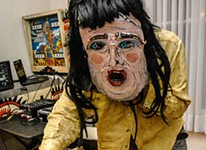