I Write the Folk Songs 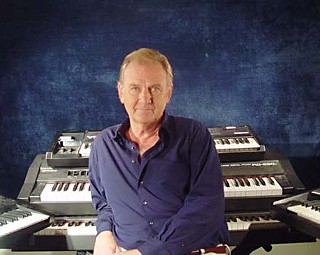 Laura Scarborough and Marshall Styler are as similar as black and white keys on a piano. Both locals are quick to point out that they employ synthesizers, and the resemblance ends there.

Styler and Scarborough represent opposing ends of the rock generation for whom the piano is ground zero. Styler, 52, is old-school, embracing 25-year-old synthesizers he buys on eBay, while Scarborough, 35, believes smaller is better. She loves her laptop. Styler traded an MTV career in the 1980s to concentrate on his vision, while Scarborough's plate is overflowing with projects. She qualifies as a human balancing act.

What these two bring to the Austin table is more than just a passion for music. It's a lifelong creation of new sounds and songs in major and minor keys.

Much to Marshall Styler's surprise, his past is alive and well on YouTube. Best known today for his keyboard-driven instrumental albums, Styler wore one of the rock & roll crowns of the 1980s in recording for the royal Motown label and reigning on MTV in his band Duke Jupiter.

Duke Jupiter, from upstate New York, founded in the late 1970s, hit in 1982 with "I'll Drink to You," which charted at No. 58. Two years later, in that brief window when a video could hold its own against the chart hits, the band's "Little Lady" beat ZZ Top to the tube for the babe-with-big-hair-in-a-tough-car video. "Little Lady" went to No. 68 on the singles charts, though the album, White Knuckle Ride, didn't break the Top 100.

The Band Played On: credits for Duke Jupiter's 1982 LP, You Make It Look Easy. Styler at far right.

Duke Jupiter's rising star paired them on the road with not only ZZ Top but decade heavyweights such as David Bowie, Bob Seger, B.B. King, Toto, Foreigner, REO Speedwagon, and Robert Palmer. An Austin show became an epiphany.

"That was fun for a while, but I had to get out," says Styler.

His voice suggests time and distance from his rock-band years. Styler's muscular, soulful vocals propelled Duke Jupiter as much as its relentlessly catchy songs. AllMusic.com assessed Styler's playing and singing thusly: "[The] best bet is just settle in and mellow out to the polarization of shimmering keys set against Allman-roasted roughshod vocals."

"I lived on a bus forever," he explains. "I had an inkling I wanted out when we were on tour opening for Stevie Ray Vaughan & Double Trouble. We were playing Palmer Auditorium, and it was a cold rainy night. There was a party at Chuy's after the gig. I remember walking around – there wasn't much on Barton Springs then, a couple of restaurants – and I said to myself, 'I'm going to move here.'"

First, Duke Jupiter had to break up, which it did in 1985 after The Line of Your Fire fell shorter of its mark than White Knuckle Ride. Not knowing a soul in Austin, Styler left his home, loaded his belongings in a truck, and in 1986 headed south to Texas.

You have to see Marshall Styler in his 1980s glory to get the full picture of what he walked away from and to appreciate what he became. Click to the video of "Little Lady" (www.dukejupiter.com/whiteknuckle.html). Styler appears on the left at the 30-second mark, dressed as a gas-station attendant, lip-syncing with the other band members. At the 1:45 mark, he's dressed as a cop like the rest of the band, but the big payoff is about the 2:10 mark, when he comes into frame behind the keyboards and microphone. In the video for "I'll Drink to You" (www.dukejupiter.com/duke-1.html), Styler sports Robert Plant hair, and there's no mistaking who was Duke Jupiter's golden god. 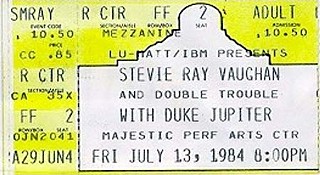 Once in Austin, however, Styler's life took on a new dimension. He married, had children, and along the way, his music snaked through changes and shed its rock skin. Birthed were tunes of a more cerebral nature, ones without words. In 1991 came the release of Camden Road, and the former rock star became, for lack of a better term, a New Age icon.

New Age music is an easy target, second only to disco for the negative reactions it elicits. Dismissed as the tuneless drivel heard in reception areas and doctors' offices, New Age is a much more complex term for an endless variety of ambient music, often of a spiritual or meditative nature. Not surprisingly, Styler found the label restricting, since his compositions weren't of the plant mist variety often associated with New Age, nor were they noodling soundscapes.

Instead, Styler creates melodies and builds instrumentals around them, an atmospheric groove he perfected during years of writing rock songs. Not being beholden to words has left Styler free to layer aural color with his keyboards, much like the impressionist artists whose elegant work he compares his music to.

Impressionism isn't the first thing you think of when seeing Styler's Silent Night CDs of Christmas classics at the checkout counters in stores like the Famous Christmas Store or spotting his name on Time Warner's ambient music TV channel, Soundscapes. Nor might you recognize his music at the spa or in a therapist's office, yet his Texas trilogy (Jericho, Mockingbird Station, Bluefields), then Twilight Concertos, and A Face in the Clouds are wordless successes.

"I played around Austin in hotels and restaurants for years," he says. "Around the time the trilogy was finished, I didn't have to do it anymore, so I stopped playing for a long time. We'd sold 100,000 or so copies of the trilogy, so I was able to stop and just compose and record for about five years. Last year, after Face in the Clouds, I decided it was time I went out and played, started performing again.

"I spent a year rehearsing the 60, 70 pieces I'd written, and by the time I got it ready to go, nobody wanted to hear it. They were like: 'What the hell is this? You don't play any jazz?!' 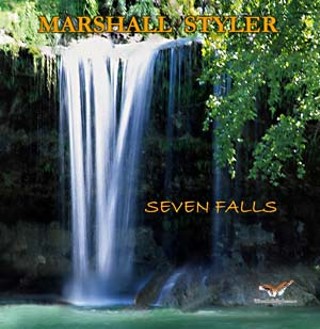 "I set up a gig at Finn & Porter at the Hilton, and about a half-hour into the gig, the general manager says: 'You don't play any jazz? I'm sorry, we can't use you.' So they gave me my contract, but they gave me the boot.

"That was my reintroduction to the Austin music scene."

Styler cares about the dynamic of live performance but feels it's been diminished over the decades. He's a self-proclaimed persona non grata and believes "something got really corporate" in the way talent is booked in Austin. Fortunately, his recordings have a fan base beyond a live audience, and selling his CDs has become a mom-and-pop business for he and his wife, Kate. Piano is key.

"Everything gets put together and written on piano, basic arrangements and melodies. My studio looks like Night at the Museum – all Eighties and Nineties analog synthesizers. Everybody's trying to get me to use a computer, use Pro Tools. 'What are you using this old crap for?' my son says. But it's the way I work. It's slow and meticulous and goes to tape.

"I don't even really know how to use a computer as far as music goes.

"The pianos I use I have to dig up on eBay. They're old Rolands, before they went digital. I buy 'em for $300, $400. I've got a half-dozen, and they weigh a ton, but it's a particular piano sound, and I've got these nice warm analog synthesizers. The computerized stuff is so cold."

"Warm" and "synthesizer" aren't words most people like using together, yet in Styler's music, his melodies are blanketed in warmth. Like A Face in the Clouds, his newest CD, Seven Falls, draws inspiration from his Texas home. The dreamy "Flight of the Great Blue (South Padre Island)" is one such composition. Less obvious is a piece whose evocative title was trimmed at Kate's suggestion.

"It doesn't occur to me to put lyrics in. The closest I come are my titles, which I spend a lot of time on, to get the mood of the piece. I did lyrics for so long. They were so time-consuming. I got to the point where I just didn't have much to say. My dream was to put simple melodies together and touch people that way.

"I just say I write folk songs without words." 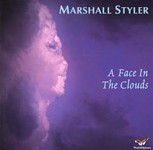 Marshall Styler
A Face in the Clouds (Record Review)