"Our entrance was literally bulletproof," Spiros general manager Josh Cisneros told the Chronicle in April, regarding the club's security measures for the annual Clyde Littlefield Texas Relays. "The closest you could get was 35 feet. We had a barricade of bicycle racks and security guards."

That wasn't the case early Friday morning when Brandon and LaBaaron Hutchison of the Central Texas hip-hop outfit LG Allstarz opened fire outside Spiros at 2:15am. According to the Austin Police Department, the La Grange-based brothers were scheduled to perform that evening but arrived after their allotted, opening set time. The group demanded to take the stage, leading to an altercation with the show's promoter, Ramone "Sicc" Stewart, who kicked the Hutchisons and company off the bill. In exactly what manner the brothers were escorted out remains in question, but the two returned minutes later brandishing handguns and fired into the exiting crowd. Echoing the responses typical of Texas Relays weekend, the sound of the firearms was described by many witnesses as that of "fireworks."

"It was so scary, just complete pandemonium, and right there in the heart of our music scene," recalls Paul Waclawsky, frontman of Austin's the Boxing Lesson, who was loading out of Emo's when the incident occurred. "I basically jumped in the back of the truck and watched the scene from there. ... There were chunks of blood all over the front of our car. It was really disgusting. We were stuck there 'til 5am, until the police cleared the scene."

Eight people were wounded, including an Emo's patron, and six of them were transported for treatment to Brackenridge Hospital. One woman, who was shot in the stomach, was listed in critical condition but underwent surgery later that day and, according to Sgt. Richard Stressing, is expected to make a full recovery. "Big Hutch" and "Lil' Hutch," 25 and 21, respectively, fled the scene but turned themselves in on Friday afternoon to the Fayette County Sheriff's Office. They were both charged with aggravated assault with a deadly weapon. A third member of LG Allstarz, Wendon Earl "Gator" Candrick, a convicted felon and Austin resident with documented ties to the Crips gang, has been accused of stabbing Stewart and was arrested and detained on Friday afternoon. According to the affadavit, he was charged with possession of marijuana and possession of a controlled substance with intent to deliver, both of which turned up during the arrest.

"This type of shit happens [at Spiros] all the time," fumes Beerland booker Max Dropout, who was locking up when the incident occurred, mere hours after OTR himself checked out for the evening. "I see riots outside there all the time. It's really conspicuous that they have all these incidents of violence, and they've never really been questioned or shut down. If that happened at any other club, they'd be off the grid."

According to the APD, there have been 230 police response calls to Spiros since June 2007, one-fourth occurring in the past six months, a disproportionately high number given that the venue is open only a few days a week. Other Red River venues don't come close to those statistics, with Emo's receiving 26 response calls so far this year, while Mohawk has had only four and Beerland none. Since December 2005, Spiros has been cited for 16 violations by the Texas Alcoholic Beverage Commission, including three instances of breach of peace – none of which was properly reported at the time – amounting to fines of more than $20,000 in lieu of temporary closures. TABC served Spiros, whose license expires June 20 and is pending renewal, with a summary suspension of seven days. David Laibovitz, assistant district attorney for Travis County, said on Monday that he's reviewing the case and preparing a formal nuisance-abatement investigation.

"Don't get me wrong," says Emo's owner Frank Hendrix, "APD and TABC are actively trying to get the situation under control, but every weekend there's a problem. It bothers me because we have bands that can't load out some nights. Fearing for their safety, they leave their gear and pick it up in the morning. Spiros works on the premise that if it's outside their club, it's not their problem."

George Slade, the legal representative of Spiros, made that much clear Tuesday afternoon. "None of this happened in the club," he reiterated. "The shooters had left the club and drove back to the club later and opened fire from a spot completely off of our premises. I cannot imagine what we could be expected to do to stop that."

As Cisneros lamented on Tuesday: "Spiros was a victim in this as much as anybody else." 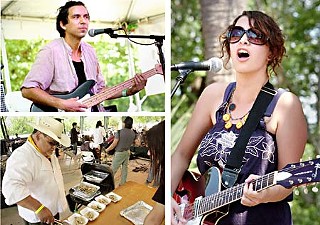 The second annual Pachanga Latino Music Festival at Fiesta Gardens on Saturday felt like a family reunion, thanks in no small part to Serranos owner Adam Gonzales grilling fajitas onstage for the Pachanga Allstars' traditional Mexican balladry. The surprises were plentiful, including Austin's Zeale adding urban appeal to the Latin flair of Los Bad Apples and David Garza backing and duetting with sultry Guatemalan singer Gaby Moreno and receiving like-minded support from Suzanna Choffel for what he deemed "trial by Tejano fire." For a full recount, check out Earache! at austinchronicle.com/earache.

• Fatback Circus is currently the leading vote-getter in Vans Warped Tour's Battle of the Bands for each of the Texas dates – San Antonio (July 2), Houston (July 3), and Dallas (July 5) – and could earn an opening slot on the Ernie Ball stage, alongside Bad Religion, Flogging Molly, and NOFX. Voting for the San Antonio engagement ends Thursday, June 11, the same night the local alt-pop pranksters roll into Red 7. On that note, voting has begun for the Chronicle's Sound Wars, a two-month-long online battle of the bands. Cast your ballot now at austinchronicle.com/soundwars.

• Renowned vocalist and Creative Opportunity Orchestra founder Tina Marsh, who was inducted into the Austin Arts Hall of Fame last year, is once more battling breast cancer. A local benefit is in the works to help offset her mounting medical bills, and donations are being accepted through www.creop.org.

• Attention Dan Dyer: Austin-based franchise Gatti's Pizza is hosting an online contest for a new version of its infamous 459-2222 jingle, worth a cool $10,000. Jingle submissions can come in audio or video form but must be uploaded before Aug. 8 to www.gattisjingle.com. 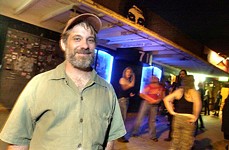 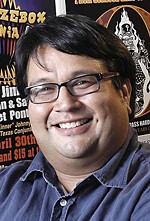