"You know the funny thing about the blues?" Bonnie Raitt prefaced "Thing Called Love" at the Bass Concert Hall on Sunday night. "It cures what ails you."

Like the rest of Austin, Raitt was reeling from the passing of her longtime friend, peer, and collaborator Stephen Bruton, who succumbed to cancer Saturday morning in Los Angeles at the age of 60. While the guitarist had been diagnosed in December 2006 and undergone multiple treatments in the years following, his death still shocked the local scene he helped shape. 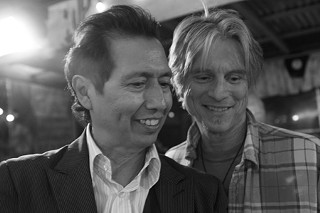 As a guitarist, Bruton spent 17 years, beginning in 1971, backing Kris Kristofferson, later appearing beside him in such films as Heaven's Gate, the late Bud Shrake's Songwriter, and A Star Is Born (1976), not to mention Bruton's other notable film credentials: The Alamo, Pat Garrett and Billy the Kid, and Miss Congeniality. The Fort Worth Panther also served time with Delbert McClinton and performed on numerous works by the Byrds' Gene Clark and James McMurtry. Longtime booker David Cotton calls the Saxon Pub, the site of Bruton's beloved Sunday night residency with the Resentments, "the house that Stephen built," citing his tireless work ethic and ideals.

"I'd put him in the Top 5 guitar players in the world, and anybody that takes exception, I'd take 'em into the alley and explain to them why," cackles Resentments co-founder Jon Dee Graham. "He was a force of nature, a player's player. He had so much knowledge and respect for what it meant to be on the stage and to do the job."

As a songwriter, Bruton carved his way into Texas mythology with five stellar solo offerings of spiritual wonderment and confident contemplation. His work has been covered by Raitt, Patty Loveless, Jimmy Buffett, and the Highwaymen (Willie Nelson, Waylon Jennings, Johnny Cash, and Kristofferson), among others.

"There was mastery to his playing and songwriting on every level," stresses bandmate Scrappy Jud Newcomb. "He always delivered."

And he worked until the bitter end, serving as co-musical director with T Bone Burnett for the upcoming film Crazy Heart. While in L.A. undergoing treatment, he also completed work for Kristofferson's forthcoming Starlight and Stone and told the Chronicle in September that he was writing material for the follow-up to his last solo album, 2005's From the Five.

"Stephen was my oldest and dearest friend," Burnett said in a statement earlier this week. "We started playing music together almost 50 years ago – the first song we played was 'Hello Stranger' by the Carter Family – and so much of what I know about music came from those early days with Stephen and his family at Record Town in Fort Worth, Texas. 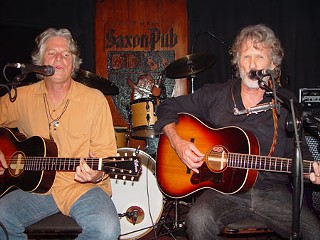 "He was one of the best pure songwriters of the last 30 years."

Yet, to measure Bruton's life by his résumé would miss the very essence of his existence. He was an inspiring, lighthearted, and impressionable soul. After sobering up more than two decades ago, he dedicated much of his life to helping those in need, sponsoring countless individuals through various drug-treatment programs.

"He was an iconic figure, a leader for sure, but on top of that, he was so caring of other people and a good friend," Gilmore adds. "That's the highest compliment you can pay to someone."

What transpired on Sunday at Bass with Raitt proved a serendipitous memorial celebration, a fond and healing remembrance though song that peaked in the encore with a devastatingly beautiful rendition of Bruton's "Too Many Memories (For One Heart to Hold)."

"I've been crying all day and never thought I'd get through this show," Raitt smiled. "I feel so much better now." 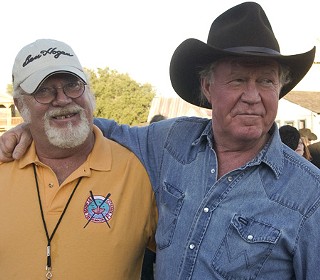 Most couldn't tell you his first or last name, but everyone knew Poodie. To call him a roadie would be a misnomer. For 34 years, he was the stage manager and ringleader for Willie Nelson & His Family Band, the conduit between the Red Headed Stranger, his fans, and his crew or, as Ray Benson of Asleep at the Wheel states, "the grease that kept Willie World going." He died at his home in Briarcliff last Wednesday, May 6, of an apparent heart attack. He was 60.

"It was as though Willie was always on one end of the stage and Poodie was on the other," recalls Direct Events owner Tim O'Connor, who first worked with him in 1982. "They balanced each other out and kept each other going. They had a great amount of magic together. He was a great friend to me and so many others."

Born Randall Locke in Waco, Poodie lived unwaveringly by the motto "No Bad Days." He got his start in the music industry with B.W. Stevenson alongside Mickey Raphael, before hooking up with Nelson in 1975. He opened Poodie's Hilltop Bar & Grill in Spicewood in 2002. The 133-capacity roadhouse was frequented by the likes of Merle Haggard, Guy Clark, and Billy Joe Shaver, often unannounced. Fulfilling a promise he made on the recent Willie & the Wheel tour, Benson performed at the club for the first time last Friday.

"The Hilltop is a rare treasure," he says. "Without places like that, you don't develop young and new talent."

Locke is survived by his mother, Gloria; his sister, Cindy; his girlfriend, Shaye; and the legacy of the Nelsons' epic life, forever on the road again.

"He gave me a kiss every night before I went to that piano and saw that everything was taken care of," offers Bobbie Nelson. "He was part of our family. You can't replace him. We'll always remember Poodie, fondly and affectionately."

A local, public celebration is scheduled for June 28 at Tim's Porch at the Backyard. 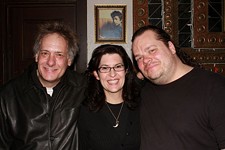