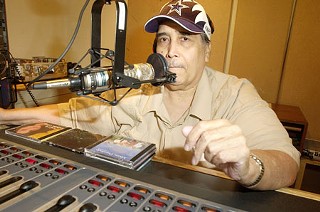 "Not to be sarcastic," offers Isidoro Lopez when asked if a language barrier keeps Austin's Latino music from assimilating into the town's mainstream, "but I can speak two languages."

Host of the long-running local cable television program Fiesta Musical on Channel 16 and the radio show of the same name on KOOP, Lopez is also a board member of the Austin Latino Music Association (www.austinlatinomusic.com). At 70, with medical difficulties that seldom prevent him from making the scene, he's an elder statesman fiercely devoted to his community in demanding its accountability from the outside while willingly acknowledging its internal shortcomings.

"I don't think the Latino community has the infrastructure of the Anglo community," admits Lopez. "Every now and then you find a label that does good, a Freddie Records or a Hacienda Records, but we need more. We can't walk into a bank and talk to our fellow Latinos. We always have to go in and explain ourselves from the roots up. People say, 'Why bother?'"

Lopez hardly rates as a new face on the scene, yet suddenly his voice is rising in a music community that's gaining steadily within the Austin mainstream. His wish list for the community includes: "a solid infrastructure more focused on Latin music. More venues, more club owners and promoters willing to take a chance. And another radio station. We didn't have a radio station for three years. If you don't have a radio station playing your music, people forget about you."

When things are tough all over, they're always worse in minority cultures. While the "brown dollar" (see "Outlaw Onda," Feb. 17, 2006) is difficult to measure economically and the infrastructure Lopez noted is shaky, both are holding strong artistically. It's what makes Latino and Tejano music in Austin able to survive periodic trends, delivering a dazzling array of local talent while cultivating strong regional ties. This is the first installment of a three-part series exploring facets of exactly that throughout the month of May.

Organizations such as the Tejano Music Coalition, which successfully campaigned for KTXZ's return to the airwaves in 2008, and efforts such as the Austin Convention & Visitors Bureau's focus on Latino music via projects such as its annual Austin Music Mezcla CD have reshaped the direction of the community since the Chronicle's assessment six years ago (see "The Latin Flare," April 11, 2003). ALMA dramatically changed the face of local music by creating events such as Sonidos del Barrio and the Idolos del Barrios, Santana-rama, and the Trail of Tejano Legends and lobbying for the now fourth annual Latino Music Month.

Latino music's long underrated rock & roll connection reappeared recently with Ruben Molina's 2007 book, Chicano Soul: Recordings & History of an American Culture (see "A Browner Shade of Black," Dec. 28, 2007), which revived an appreciation for San Antonio's and L.A.'s pachuco cultures and their music. 2008's Pachanga Latino Music Festival gave Austin 180 degrees of talent and has just announced this year's upgrade set for May 30, yet what distances Latino and Tejano music from a wider audience is largely language, since every genre from hip-hop and punk to classical and traditional can be found within. That's why blues, with its roots in black culture, is readily embraced by the Anglo culture: The same language is spoken.

Lopez believes that before Austin gets to translate "live music capital of the world" into Spanish, "the media could pay more attention to Tejano and Latino music. For example, why don't the morning TV shows have more Tejano music performances? If the Latino community is 30 percent of the population, why aren't one of every three acts Latino? And if the word gets out, and they can't find acts, see me.

"Austin offers many things musical, but what we really have is a thriving, growing Latino music scene. Latino Music Month is a way to showcase its diversity and quality."

Down in San Antonio, that little ol' fiesta known as the Tejano Conjunto Festival enters its 28th year celebrating the best in conjunto and Tejano music May 5-9 (www.guadalupeculturalarts.org/xicanomusic/tcfhome.htm). This year, the festival honors legendary accordionist Esteban Jordan (see "Chac-Mool," Aug. 8, 2008) and delivers a dazzling array of performers all five nights. 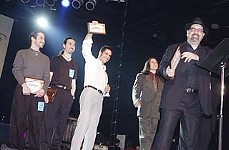